Ernie Zampese, one of the architects of the Dan Fouts-led “Air Coryell” offense with the San Diego Chargers and Troy Aikman’s play-caller for the last of the Dallas Cowboys’ three Super Bowl titles in the 1990s, has died. He was 86.

Zampese joined Don Coryell’s San Diego staff in 1979, starting an eight-year run during which Fouts and the Chargers led the NFL in yards passing six times. The Chargers made the playoffs the first four years, reaching the AFC championship game twice.

After seven seasons as the offensive coordinator for the Los Angeles Rams, Zampese joined the Cowboys in 1994 to direct an offense led by the “Triplets” of Aikman, running back Emmitt Smith and receiver Michael Irvin.

Dallas beat Pittsburgh in the Super Bowl a year later, and Zampese was in charge of the offense two more years before spending two seasons as New England’s offensive coordinator.

The Pro Football Hall of Fame gave Zampese an award of excellence this summer.

Fouts and Aikman are in the Hall of Fame along with Smith, Irvin and a pair of Chargers pass-catchers in receiver Charlie Joiner and tight end Kellen Winslow.

“Ernie Zampese was one of the brightest offensive minds in the history of the game,” Aikman wrote on Instagram with a picture of Zampese and him at a practice. “Many of his offensive concepts are still being used to this day.”

A day after Commanders rookie running back Brian Robinson Jr. was shot in what the NFL team described as an attempted robbery or carjacking, Ken Zampese got the news that his dad had died.

“Some things, obviously internally, we are just praying for our guys,” quarterback Carson Wentz said. “We’re a family and we want to keep it that way and pray for everybody when they’re going through stuff off the field.”

Zampese was an assistant at Cal Poly in 1966 before spending a decade at San Diego State. He broke into the NFL as a scout with the New York Jets in 1977 before moving on to the Chargers. Coryell is a finalist for the Hall of Fame’s class of 2023.

After four years as the receivers coach on Coryell’s staff, Zampese was the assistant head coach in charge of the passing game for three seasons, then offensive coordinator for one.

He joined the Cowboys after Norv Turner went to Washington as head coach, the same year of the acrimonious split between owner Jerry Jones and coach Jimmy Johnson.

“Norv was a student under Ernie, but Ernie is, to this day, is one of the best, if not the best in the business, in terms of developing quarterbacks and designing and developing Super Bowl championship offenses,” Cowboys executive vice president of personnel Stephen Jones said on his radio show on Monday. 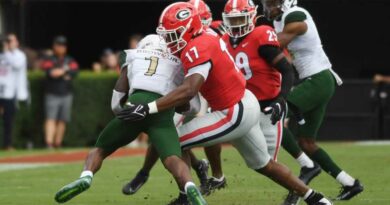 Toronto Raptors considering Tampa as temporary home due to COVID-19