We finally had a major NFL survivor pool-altering upset last week, as the Jets toppled the Titans. Around 20-25 percent of pool entries were knocked out when the Titans lost, so things are finally starting to tighten up. Everyone will be trying to avoid landing on a grenade with their Week 5 pick, as four different teams are very close in public popularity. Finding the right one comes down to factors like pick popularity, future value, pool size, and more. TeamRankings is here to help with strategy advice and tips for the five most popular picks.

TeamRankings is the only site that provides customized picks that maximize your edge in NFL survivor pools. Check out their NFL Survivor Picks, Football Pick ’em Picks, and NFL Betting Picks. For a limited time, you can also get a free three-day trial of all their premium football picks.

Note: “Pick Popularity” numbers below refer to the estimated percentage of survivor pool entries nationwide that have already picked the team in question. Those numbers, as well as a team’s odds to win, can shift over the course of the week, so make sure to check our NFL survivor picks product for all the latest data.

BIG NEWS: Before we get to the picks, we’re happy to announce that we just published our first-ever e-book, Survivor Pool Strategy: What It Takes To Win. It explains all the key elements of survivor pool strategy and includes case studies on specific historical weeks and pool-winning entries. It’s free right now, so download your copy here.

The Buccaneers are the biggest favorite of the week. Since they aren’t much more popular than several other picks this week, they also have pretty good value. The counterpoint to using them now is that they have the most future value of any team, and there will probably be some weeks later in the season with fewer worthwhile options. Whether you want to use them now depends on how big your pool is.

The longer you expect the pool to last, the more you should consider saving the Bucs for later.

The Patriots are the second-biggest favorite of the week and also have good current value. They do have some future value, including when they host the Jets in Week 7. With that said, this is a reasonable spot in which to use them.

The Pats did place two starting offensive linemen on the reserve/COVID-19 list on Tuesday, so keep an eye on their status. If that winds up impacting their chances of winning, it could remove them from being a strong survivor consideration.

The Cowboys have slightly lower win odds than the other top options but have similar popularity, which makes them a little less valuable this week.

They also have moderate future value, including when they host the Falcons in Week 10 and host the Raiders on Thanksgiving.

The Vikings are coming off a home loss to the Browns where they managed just seven points, but they now get the winless Lions.

Minnesota has the lowest future value of this week’s top options. If you need to save other strong teams for later in the season, that might be important.

Baltimore provides a contrarian option to the four more popular teams despite similar odds of winning.

The Ravens do have good future value, though not nearly as much as Tampa Bay. They look like a potential option in several weeks later in the season, though there isn’t a clear one for which to target saving them.

Get our Week 5 survivor pick for your pool!

Every possible NFL Week 5 survivor pick has an expected value in the current week as well as a future value associated with it. Those values can vary significantly based on the characteristics of your pool, such as its size and its rules. It takes a lot of data and math to figure out which pick (or combination of picks, if you’re playing multiple entries) gives you the biggest edge to win your pool, which is why we spent years building our NFL Survivor Picks product.

Our product asks you a few questions about your survivor pool, then provides customized pick advice using the latest matchup data, betting market odds, and public picking trends. It tracks the picks you’ve already made and even recommends how to split up your picks if you’re playing multiple entries. There’s nothing else like it, and it’s why our subscribers have reported nearly $3 million in survivor pool winnings since 2017.

GET IT NOW: Free picks for your NFL Survivor pool (Limited time)

We invite you to try it out, and good luck in your survivor pools this week! 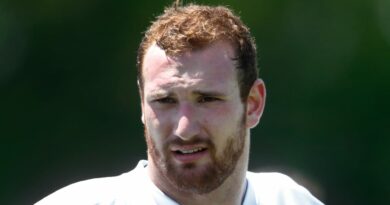 Frank Ragnow on throat injury, time missed: Focus was on preserving voice 'for the rest of my life' 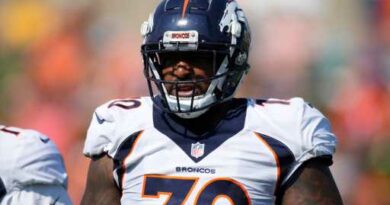