Atlanta’s do-it-all running back will be making his return to the field this weekend.

The Falcons are activating Cordarrelle Patterson from injured reserve on Saturday and he will play on Sunday versus the Chargers, NFL Network Insider Mike Garafolo reports, per a source. Patterson (knee) returned to practice on Wednesday after missing the minimum of four games while on IR.

Patterson returns to a Falcons team on the upswing, winning four of their last six games to claim first place in the NFC South ahead of Week 9. Atlanta is coming off an offensive outburst last Sunday, gaining 406 total yards and scoring a season-high 37 points in an overtime win over the rival Panthers.

The Falcons figure to keep that momentum going with the return of Patterson. 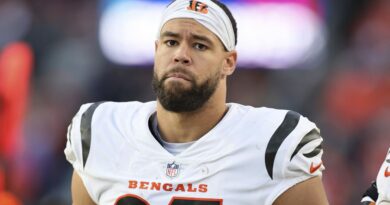