The Buffalo Bills and Las Vegas Raiders got the party started on Monday. Now eight more teams will have rookies report for training camp on Tuesday.

Rookies report earlier to camps than veteran players to give the greenhorns an extra few days of orientation.

Wednesday, the Raiders will become the first team to have their veterans report. By next Tuesday, July 26, every club’s rookies and vets will be reporting.

One week from now camps will be fully open, and football will arrive. 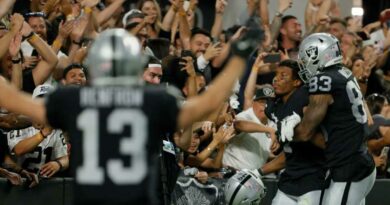