Home » NFL » Falcons' Rich McKay: Emphasizing taunting penalties was 'brought to us by the players, the NCAA' 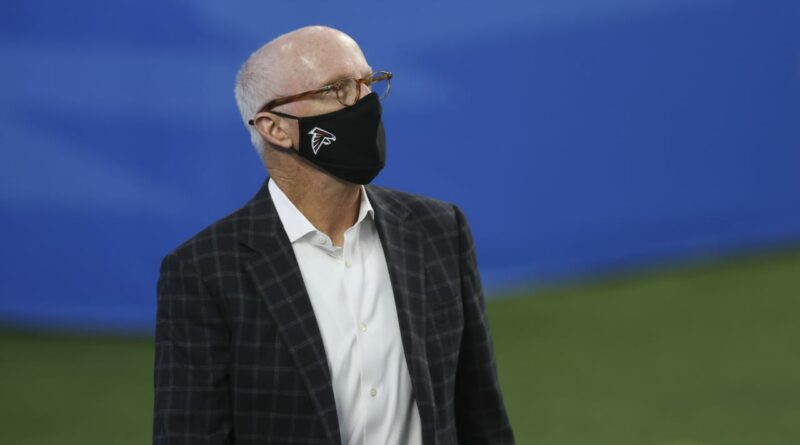 The NFL’s plan to emphasize taunting penalties in 2021 has generated criticisms about the so-labeled “No Fun League.”

The league said earlier this offseason it planned to more strictly enforce the taunting penalties already on the books, namely player-to-player, in-your-face interactions.

Atlanta Falcons president Rich McKay, also the chairman of the NFL’s Competition Committee, said during an interview with the team’s official website that emphasizing the rule came after requests from the players’ union and NCAA coaches.

“First of all, this point of emphasis has nothing to do with the No Fun League,” McKay said. “Where people can ding us on the No Fun League is the celebration rules. Taunting is a different thing. Taunting is trying to entice that other player into some type of activity that is not allowed in football. So this year, the first issue brought to us by the NFLPA was that there was too much player-on-player taunting activity, and there was too much in your face. No. 2, we meet with the NCAA every year, and the college coaches in the meeting say, ‘Hey, when are you guys going to knock down the taunting?'”

In 2017, the NFL relaxed its rules on touchdown celebrations, allowing for group demonstrations and an array of triumphant fetes.

“The NCAA does not like our celebration rule and the fact that we’ve basically allowed people to celebrate in any way, shape, or form they want,” McKay continued. “They’ve come to accept it, and they’re kind of okay with it. They’re not okay with the taunting side of it, which is the face-to-face player trying to entice another into doing something because they see what happens. Three plays later, when nobody’s looking, there is something happening and leads to injuries. It leads to ill will and to other things later in the game that fans don’t even see. That’s all we’re trying to target with this emphasis.”

The penalties called during the preseason were inconsistent, as expected, given the subjective nature of many taunting calls.

McKay was asked if he’d seen video of the preseason calls.

“I haven’t seen any tape yet,” he said. “Listen, this is brought to us by the players, the NCAA; it’s been in our rules forever. This rule was unanimously supported by the Competition Committee and the NFLPA. I’m not really worried about this one. I’ve seen ones that are tougher and have bigger challenges. This one has been a part of our game for a long time.”

With the NFL regular season commencing, we’re likely to see some early-season taunting calls to remind players of the NFL’s emphasis on the rule.