Some weeks, it looks like there’s no shortage of legitimate starting D/ST options, whether it’s because the best of the best are in solid situations or because there are plenty of potential sleepers thanks to highly favorable matchups. Other weeks…well, they’re like this one. Our Week 12 fantasy defense rankings illustrate why some owners will have problems finding worthwhile streamers this week.

Byes don’t have a big effect on our rankings. The Chiefs and Cardinals are off, and while the Cardinals have been a solid D/ST this year, getting two decent offenses off the board should theoretically create fewer bad matchups. It doesn’t.

The reason? Two of the best matchups — the Jets and Texans — play each other. Unfortunately, both have such bad D/STs that we don’t rank either very highly. You could certainly trust the matchup trends, use one of those defenses, and hope for a sloppy, sack-filled game, but you’d be taking a big risk. The Falcons and Jaguars are similar to the Jets and Texans — two great D/ST matchups facing two of the worst fantasy defenses. Again, you can try to play one of them, but good luck. Throw the Bears-Lions game in this category, as well, at least from the Lions side.

We know any defense can pay off in a given week, but we’d rather trust talented D/STs like the Rams (@ Packers), Steelers (@ Bengals), Colts (vs. Buccaneers), or Packers (vs. Rams) despite tough matchups. The Rams have had some turnover issues lately — something the Packers excel at creating — so Green Bay has the most boom-or-bust upside. The Colts have also been on fire, and we’ve seen the Bucs struggle recently (against New Orleans), so the Colts have a decent floor playing at home.

As far as streamers, the red-hot Eagles (@ Giants), Dolphins (vs. Panthers) and Bears (@ Lions) look like your best bets, but you could also try your luck with Seattle against Washington. The Panthers aren’t quite as good of a matchup now that Sam Darnold is on the sidelines, but Miami still has enough talent to limit Carolina.

Overall, many fantasy owners will be taking a risk at D/ST this week, whether it’s by starting a defense with a low ceiling or one with a low floor. Figure out what makes the most sense for your team and hope for the best.

Note: We’ll be updating these D/ST rankings throughout the week, so check back for the latest analysis and player movement.

Fantasy Defense Rankings Week 12: Who to start, sit at D/ST in fantasy football 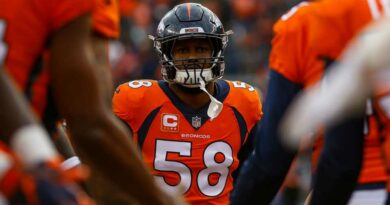 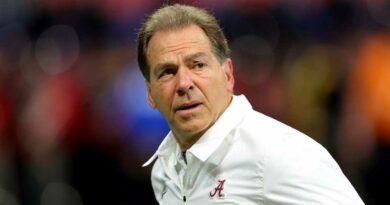