Any time a player is in concussion protocol, it’s notable. And any time a player in concussion protocol is playing on Monday Night Football, it makes it even more difficult to predict their game-day status. That’s exactly what is happening with LeSean McCoy ahead of his MNF clash with the Patriots. McCoy suffered a concussion last week in the Bills’ loss to the Colts, and ever since then, fantasy football owners have been asking, “Is McCoy playing on Monday night?”. If you have that one final start ’em, sit ’em question, we’re here with the latest injury updates until the official active/inactive report is released.

We’ll be updating this article throughout the day with the latest news about McCoy, so be sure to check back. For updates on Rob Gronkowski, go here.

McCoy had been in concussion protocol this week, but he did practice on Thursday and seemed to be close to returning. That was early in the week, though, and there were still some questions surrounding his status as the week went along.

According to ESPN’s Adam Schefter, McCoy cleared concussion protocol as of Sunday. And as a result, he is expected to play. So, barring a surprise setback, he should be on the field.

McCoy should be the top weapon for the Bills offense once again. It will be difficult for him to generate a lot of production with Derek Anderson at QB, but he’s still a worthwhile RB2. And for those that were hoping that Chris Ivory might see some extra playing time with McCoy possibly out, that window appears to be closed for the moment. He should still be held onto as a handcuff, but he certainly won’t get a full workload with McCoy in the lineup.

If anything changes in the lead-up to the game, we’ll provide an update. But at the moment, it seems that McCoy will be ready to go for Monday night, so keep him in your starting lineups. 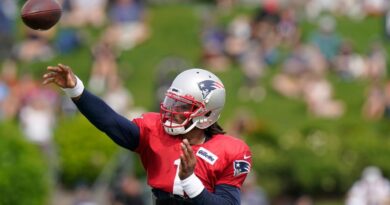