Teddy Bridgewater and Jimmy Garoppolo are question marks for Week 5, and their statuses will affect fantasy rankings and start ’em, sit ’em decisions for multiple positions one way or another. Our injury updates have the latest news leading up to Sunday and give you an idea of what to expect if Drew Lock and/or Trey Lance are called to start.

Bridgewater (concussion) was out of practice Wednesday but did return to team meetings. It’s always tough to speculate on concussions, so we’ll just continue to monitor the latest reports and information. However, Vic Fangio said he might be a limited participant in Thursday’s practice. You’d have to think he has a decent chance to play if he practices at all, given the injury. If he can’t play, Drew Lock will once again be the starter for Denver.

Whether it’s Bridgewater or Lock, they should both remain on your bench. This offense looked average against Baltimore and the same can be expected on the road against Pittsburgh. Either will be bottom-tier options for Week 5. More important is how Denver’s other skill players will be affected. Bridgewater gives Courtland Sutton, Tim Patrick, and Noah Fant better chances at receptions, but Lock gives them each better chances at a big play. Overall, they have more value if Bridgewater is under center. The same is true for the RBs, as Denver will likely be able to sustain drives better with Bridgewater.

Garoppolo (calf) didn’t practice Wednesday, but he hasn’t been ruled out for Week 5 against Arizona. When his injury first happened, the thought was he’d be out for several weeks. The injury is less severe, but the 49ers now face a decision. If a hobbled Jimmy G can go, do you start him or do you begin the Trey Lance era? There are a lot of factors in play here (especially with SF having a Week 6 bye), and it’s best to just stayed tuned leading up to Sunday. If Lance starts, we like his fantasy prospects better with his rushing floor and high ceiling. Jimmy G could always have a nice game with those weapons in SF, but Lance has another level he can get to.

All that said, if Lance starts, he’s our QB19 this week. However, his upside is greater than some of the QBs ranked ahead of him. He’s a possible high-risk, high-reward play in what Arizona will try to make into a high-scoring contest. Both would have a similar effect on the rest of San Francisco’s offensive players, as Lance might be more inconsistent but potentially better suited to sustain drives. 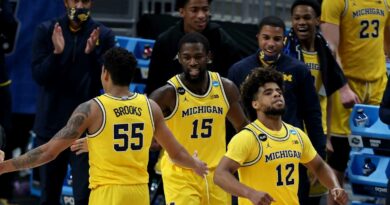 Kickin’ It with Kiz: With Russell Wilson playing QB, is it Super Bowl or bust for the Broncos? – The Denver Post