Le’Veon Bell’s endless holdout has continued into another week. With half the season almost gone, the Steelers are still anxiously awaiting the return of Bell. Well, the performance of James Conner has made them a little less worried about Bell’s return, but having a talented backfield duo could end up really helping them moving forward. Some expected Bell to return in Week 8, but that didn’t happen. But what about Week 9? Will he be traded? Fantasy football owners everywhere are starting to really sweat Bell’s return and anxiously looking for updates as the fantasy playoffs draw nearer. If he doesn’t come back soon, it could end up being a lost season for those that selected Bell — especially in the first round.

Bell’s return will likely occur soon, but when? We have the latest rumors about the situation. For more fantasy football coverage, follow us on Twitter @SN_Fantasy.

Is Le’Veon Bell playing in Week 9?

Recently, CBS Sports’ Jason La Canfora reported that the Steelers executives thought that Bell could return to the team and re-sign with the squad ahead of Week 9. La Canfora also stated that the team would prefer to trade Bell, but it was unclear if they had a trade partner at the time the article was written.

In recent weeks, it has been reported that Bell is trying to avoid a trade, and that he would report to the team after the trade deadline. This would make sense, as he wouldn’t want the Steelers to profit from trading him, and there remains the chance that he could end up on a non-contender. So, those two factors would seemingly incentivize him to stay away from the team until after the trade deadline, which is Tuesday, Oct. 30. After the deadline passes, more will be known about Bell’s status.

If and when Bell does return, it remains unclear what his role in the offense might be. James Conner has performed extremely well as the lead back this year, and he appears to be the future at the position in Pittsburgh. It seems unlikely that he would simply disappear, so he and Bell could end up in some kind of split. That would limit the duo’s effectiveness in fantasy formats unless they can establish an Alvin Kamara/Mark Ingram type of synergy.

Regardless of that fact, we still don’t know when and if Bell is returning. There’s a chance that it could be this week, but it’s also possible that Bell could opt to continue to stay out for another week. He needs to report by Week 11 to get credit for an accrued season, so it seems likely it will be then, but even if that happens, he might not play right away. So far this season, this whole scenario has dragged on and been completely unpredictable. Until we actually see Bell in the Steelers facility, we won’t know if he’s coming back.

That said, we aren’t betting on Bell coming back this week and just have James Conner in our RB rankings. We’ll be sure to update that if things change with Bell, but for now, Conner is a trustworthy fringe-RB1 and will continue to be that as long as Bell is out. 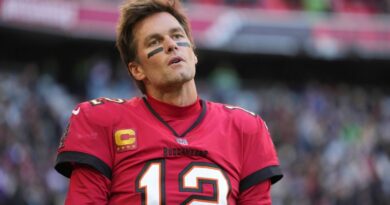 Mitch Trubisky to be Bears' starting quarterback in Week 1 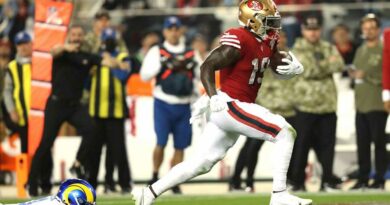