If you’re still alive for your fantasy championship, then congratulations. Now, get ready for the longest fantasy football-related week of your lives. Every day, player updates will be met with dread, as you never know when one of your key running backs will wind up on the reserve/COVID list. Of course, injuries will still rear their ugly heads, too, so you can expect our Week 17 fantasy RB PPR rankings to see some changes before Sunday’s kickoffs.

Hopefully, your RB depth chart is still strong enough that you can take matchups into account when making start ’em, sit ’em decisions. Several borderline backs are in bad spots this week, most notably Michael Carter (vs. Buccaneers), Myles Gaskin (@ Titans), Chuba Hubbard (@ Saints), Dare Ogunbowale (@ Patriots), Devonta Freeman and Latavius Murray (vs. Rams), and Rex Burkhead (@ 49ers). It won’t be difficult for most to leave these guys on their benches (even Gaskin in PPR leagues), but Sony Michel (@ Ravens), Darrel Williams (@ Bengals), Josh Jacobs (@ Colts), and, if Dalvin Cook is still on the reserve/COVID list, Alexander Mattison (@ Packers) will be tougher calls, especially in PPR leagues.

Chances are, Michel, Williams, Jacobs, and Cook/Mattison will be your best flex options, if not best RB2 options, so they should still be in most 12-team lineups. However it’s possible you’ve loaded up on guys like Rashaad Penny (vs. Lions) or Jeff Wilson Jr. (vs. Texans) and have them in better matchups, so do what makes sense for you. Also, don’t shy away from Denver’s RBs despite their dismal Week 16 performances. The Chargers just got run all over by Burkhead, so Denver’s duo should have big bounce-back performances.

In addition to Penny and JWJ (or Elijah Mitchell, if he’s back from his knee injury), borderline guys like Devin Singletary (vs. Falcons), Rhamondre Stevenson (reserve/COVID) and Damien Harris (vs. Jaguars), and D’Andre Swift (shoulder) and Jamaal Williams (@Seahawks) look good. Typically, Harris isn’t as valuable in PPR leagues, but he has high TD upside this week. You could also try AJ Dillon (vs. Vikings) as a TD-or-bust sleeper.

This will almost certainly be another crazy week. It’s not just RBs themselves going on the reserve/COVID list that will matter, it’s also offensive lineman, quarterbacks, and even defensive players. For instance, the Bucs allow the second-most RB receptions per game, so even just one notable defensive lineman being inactive might be just enough to make Carter a “safe” PPR flex. Stay alert, grab your handcuffs, and be ready to pivot.

Note: We’ll be updating these RB PPR rankings throughout the week, so check back for analysis and the latest player movement.

Fantasy RB PPR Rankings Week 17: Who to start at running back

Rankings are based on full-point PPR scoring 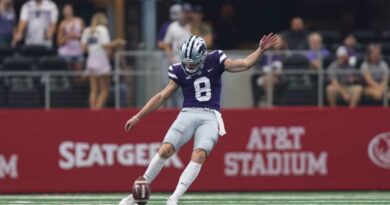 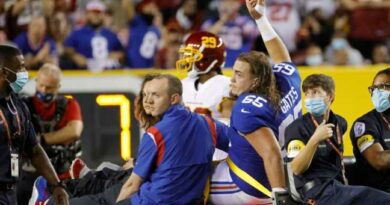