Home » NFL » Favre weighs in: Rodgers 'too good' to be replaced

With four rounds remaining, the 2020 NFL Draft still has plenty of picks left to go.

Yet, since the Packers made the decision to trade up with the Dolphins and select Utah State quarterback Jordan Love in Thursday’s first round, Green Bay’s quarterback storyline has carried on and commanded the spotlight.

In reality, it began back in 2005, when Aaron Rodgers dropped all the way to the No. 24 slot and the Packers picked him — despite having all-time great Brett Favre still leading the way.

With Rodgers having long since taken on the role of the face of the franchise, Green Bay’s decision has caused quite a stir.

For Favre, though, there’s no stir to be had or changing of the guard to be seen in the immediate future.

"Look, no one’s going to replace Aaron unless Aaron chooses to be replaced," Favre told TMZ Sports. "There’s no worry for him that he’s going to be ousted. He’s too good of a player."

Still, Favre believes when the time and opportunities present themselves, Rodgers will offer up plenty of wisdom to Love, who like Rodgers boasts great arm talent and athleticism.

"You gotta just keep doing what you’re doing," Favre said. "And, Aaron and I watched a lot of extra film together, I had no problems giving him any insight that he asked for if I could, and I think Aaron will do that too."

Though finding an heir apparent at the most important position is nothing new in the NFL, the Packers’ situation is all the more appealing to fans and media considering Rodgers was taken as Favre’s eventual successor. The perception was that Favre was none too pleased. Rodgers waited in the wings for three seasons before taking over as the Pack’s starter in 2008 and never looking back while Favre moved on to the Jets and Vikings, finding more success and shunning retirement. Now Rodgers presumably faces the same situation.

"Not that we think Aaron is at the end of his road, I think he’s got many good years barring injury ahead of him. But, you do have to start grooming the next guy. And, Aaron gets it."

Though Love eventually replacing Rodgers has become the prevailing storyline, for many Packers fans, the surprising pick was all the more stunning because it was a selection for the future. Green Bay won the NFC North last season and advanced to the conference title game, signaling to many that a win-now emphasis should be at play. Favre, for one, doesn’t think that’s changed because Rodgers is still there.

"As long as [the Packers have Rodgers] at quarterback," Favre said, "they have a chance to go to the Super Bowl, regardless of the rest of the team."

Make a difference during the 2020 NFL Draft and unite for the #DraftAThon, a three-day virtual fundraiser in support of COVID-19 relief efforts. 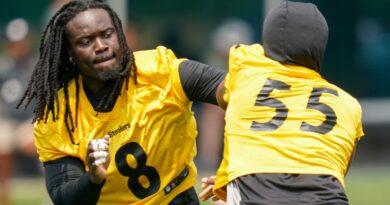 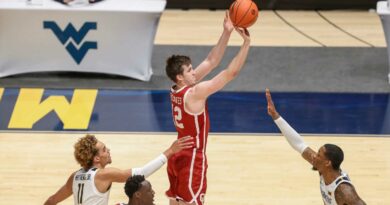 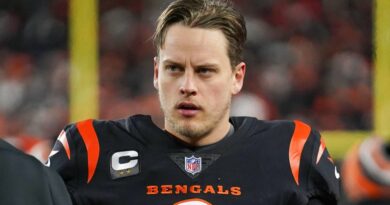 Joe Burrow downplays Bengals' first playoff win in 31 years: 'This is how it's gonna be from here on out'