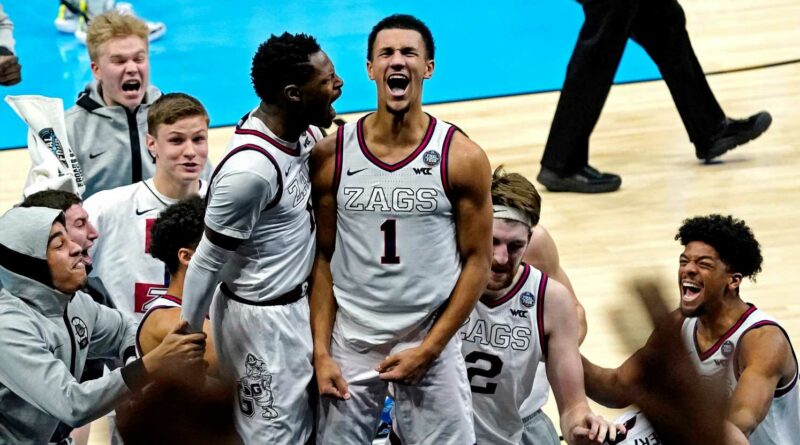 INDIANAPOLIS — Trying to pull off one of the biggest upsets in NCAA Tournament history, No. 11 seed underdog UCLA came out fearless and firing against national title favorite No. 1 Gonzaga.

The undefeated Zags took their biggest punch all season from their gritty opponent in an overtime thriller but Gonzaga's Jalen Suggs banked in a game-winning three-pointer as time expired for a 93-90 win.

The pre-game narrative never unfolded. It took a buzzer-beater to escape the team counted out by the outside world.

The Bulldogs (31-0) got their biggest test of the season against UCLA, trailing in spurts throughout a back-and-forth game, but they dug deep and counter-punched with their dynamic offense – to ultimately stay perfect by staving off the determined Bruins.

A controversial charge call with one second left in regulation saw UCLA star Johnny Juzang – who finished with a game-high 29 points – drive to the basket and appeared to draw contact, only to see Gonzaga star Drew Timme draw a charge – which forced overtime. Timme finished with 25 points.

Gonzaga advances to the national championship. The Bulldogs will face No. 1 seed Baylor, which easily handled Houston, on Monday (9 p.m. ET, CBS) in a highly anticipated matchup between two super teams.

Jalen Suggs nails a deep 3-pointer as time expires in overtime to send the unbeaten Bulldogs to the men’s national title game. pic.twitter.com/3CbJSa3LPV

OPINION:  Baylor even more lethal when three-pointers are falling

Gonzaga guard Andrew Nembhard's three-pointer with less than a minute remaining in overtime appeared to seal the win before UCLA’s Jaime Jaquez Jr. drained a three-pointer with 50 seconds left and Juzang tied it at 90 to set up the epic last sequence.

Role player Joel Ayayi (22 points) was the fill-in star for Gonzaga in this one, while the Zags' big three – Suggs, Timme and Corey Kispert – all made key plays to keep UCLA at bay – barely.

UCLA held the game's momentum throughout much of the first half, but foul trouble plagued coach Mick Cronin's team. Jules Bernard picked up three fouls, while Tyger Campbell and Jaquez Jr. each picked up two in the first half. Then a five-point lead was quickly erased, as back-to-back three-pointers by Kispert and Suggs tied the score before Kispert's jumper gave Gonzaga a 45-44 lead heading into halftime.

Kispert's put-back with 56 seconds left in regulation put Gonzaga up 81-79 and his three-pointer with 4:25 left was a decisive bucket that gave the Zags a 75-74 edge – and a much-needed momentum swing to counter the Bruins' late rally.

Suggs' bullet bounce-pass to Timme with a little over a minute left gave Gonzaga a 79-77 lead – and another momentous surge.

Juzang paced the never-say-die UCLA squad in the loss with big score after big score, while Jaquez and Campbell added 19 and 17 points, respectively. Jaquez's two free throws in the closing minutes tied it at 81.

Cheers of "UC-LA" echoed throughout Lucas Oil Stadium and it was evident that the team many expected to be rolled over wasn't about to let that happen. Cronin getting this team to the Final Four was a statement that the blue-blood program is back, and many of the stars from this NCAA Tournament will be back for 2021-22.

Before the game, Cronin said the best way for UCLA to pull off an upset was to come out scoring – which they did – and not turn the ball over. Every game this season in which the Bruins have committed less than 10 turnovers, they've won. Saturday they had 10. 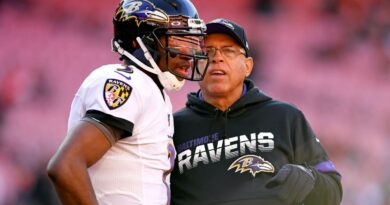