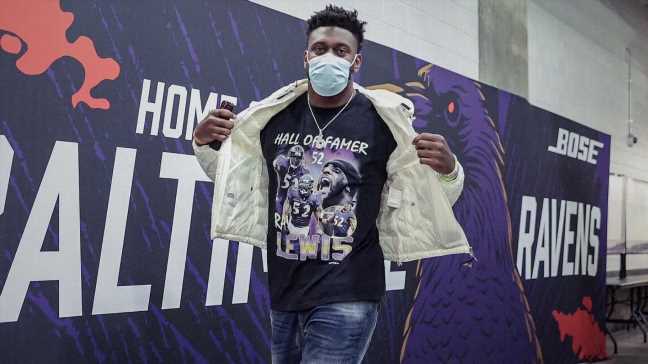 What do you do when it’s the last week of the 2021 NFL regular season?

First, you win some football games. Obviously. Even though a handful of playoff spots were already clinched in Week 17, a few more are up for grabs. There are questions to be answered, too.

Can the San Francisco 49ers beat the Los Angeles Rams and wrap up the No. 6 playoff seed? Who will win the AFC East title, the Buffalo Bills or the New England Patriots? And whoever wins between the Las Vegas Raiders and the Los Angeles Chargers gets right into the playoffs.

But before you even get a chance to step onto the field, you have to get some good outfits off.

Let’s see what players are rocking ahead of the final Sunday of the regular season.

An ode to the originals

A lot will have to go right for them, but the Baltimore Ravens can clinch a wild-card spot Sunday, so it’s no surprise to see wide receiver James Proche rocking an old-school Michael Jackson jersey, and linebacker Patrick Queen showed up in a Ray Lewis graphic tee. Channeling the team’s greats for some winning energy.

Minnesota Vikings wide receiver Justin Jefferson needs just 124 yards Sunday to break the team record for receiving yards in a season. If that chain is any indication, Randy Moss had better watch out.

It’s January. It’s cold out. As we await warmer weather, we are inspired by the outerwear keeping the guys extra toasty pregame.

Cam Newton to the Patriots rumors are dead in the water, according to report 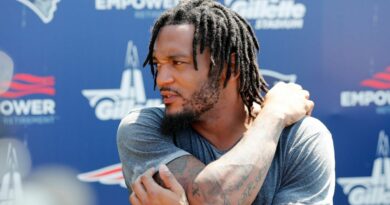 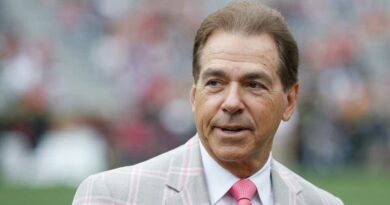 Alabama spring game: Time, TV coverage and a first look at the new QBs for 2021