“I’ve got to look at that and find out what everything entails. It sounds like he pulled himself out,” coach Adam Gase said. “So I’ve just got to find out kind of what happened there.”

Jones, who has been a Dolphins starting safety since 2011, exited the game in the first quarter and did not return. The Dolphins said Jones’ departure wasn’t injury-related.

Gase said he would find out more about the situation Sunday night or Monday.

It was a surprisingly odd situation given Jones’ status as one of the longest-tenured Dolphins and best defensive players. He was on the sidelines for the rest of the game without his helmet. He talked with Dolphins assistant head coach Shawn Jefferson at times. Defensive end Cameron Wake also spent time with his arm around Jones on the sideline, speaking to him.

Wake had the same response after the game about his conversation with Jones and whether injury had anything to do with Jones taking himself out of the game: “That’s between him and I.”

When asked if Jones will be back next week, Wake said: “Unless you know something I don’t know, I don’t see why not.”

ESPN spoke with nine players after the game about the Jones situation, and many of them deferred to the coaching staff or said they were too busy in the game to figure out what happened.

“I don’t know exactly what happened. Reshad is a guy where if he’s out, there’s a good reason,” said linebacker Jerome Baker, who had the defining pick-six in Sunday’s win. “It’s not just because he wants to be out.”

Jones has been playing with a partially torn right labrum since Week 2, and he missed two games because of it, but he has said previously that he felt he could still play at a high level with it.

One Dolphins player hinted at the rotations they were doing in the secondary in the first quarter, which put multiple established starters on the bench for a series at a time, as being something that wasn’t universally accepted. But this player said, “Like it or not, you’ve got to do what the coaches ask.”

Dolphins coaches were searching for a way to make Minkah Fitzpatrick, their uber-talented rookie first-round pick, a full-time player instead of just a slot cornerback who sees only 60-to-70 percent of snaps. That change included playing him in place of cornerback Bobby McCain, safety T.J. McDonald and Jones at times during the game.

Defensive coordinator Matt Burke talked at length this week about players staying within the scheme, instead of taking the liberty to make their own decisions in order to make a play. He mentioned players could see their playing time dip or lose their starting job if it continues.

One or multiple of these things could have been a factor in why Jones pulled himself out, but it all won’t be clear until Jones tells his side of the story. He was not in the locker room after the game to speak to the media.

Jones, 30, signed a five-year, $60 million extension in March 2017, and restructured his deal in March in a move that provided the Dolphins cap room and seemed to signify Jones’ long-term standing with the team.

Jones made two Pro Bowls, in 2015 and 2017. He had two interceptions in the Dolphins’ Week 1 win over the Tennessee Titans.

“It’s hard to replace a guy like that,” McDonald said. 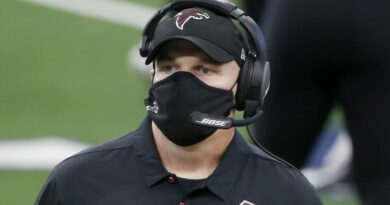