The NFL has assembled an all-Black officiating crew for the first time to work Monday night’s game between the Los Angeles Rams and Tampa Bay Buccaneers, citing the opportunity to recognize the league’s history and recent practices in diversifying its officiating department.

“This historic Week 11 crew is a testament to the countless and immeasurable contributions of Black officials to the game, their exemplary performance, and to the power of inclusion that is the hallmark of this great game,” NFL executive vice president of football operations Troy Vincent said.

The NFL typically assembles its 17 officiating crews prior to the season and works to keep them together for each game to promote cohesion and communication. It organized the crews by home geography this season because of the coronavirus pandemic, giving officials the option to drive rather than fly to games if desired.

Johnson, who lives in Louisiana, and Steed, who lives near Washington, D.C., were pulled from other crews. 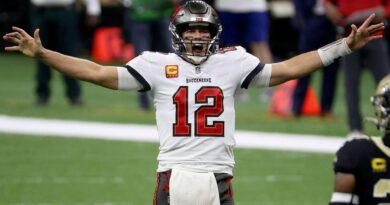