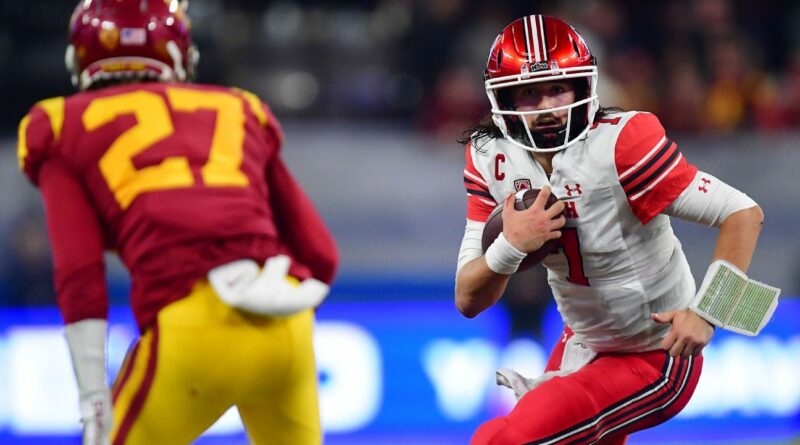 For the second year in a row, Utah has proven that it is the best team in the Pac-12 and will be facing a Big Ten foe in the Rose Bowl. What was a high-powered matchup between the Utes and Ohio State last year could see a similar scenario play out in Pasadena on Jan. 2.

Utah will have to match Penn State — which is no stranger to shootouts at the Rose Bowl (see: 2017) — blow for blow in a matchup of top 20 offenses to avoid going 0-2 into the Granddaddy of Them All.

The Utes and quarterback Cameron Rising come into the game with plenty of confidence after taking down USC twice this season, including in the Pac-12 championship, while the Nittany Lions had a sneaky 10-2 season in which their only losses were to the two Big Ten teams playing in the College Football Playoff.

No. 8 Utah vs. No. 11 Penn State
Rose Bowl Game
When: Monday, Jan. 2 at 5 p.m. ET
Where: Pasadena, California
How to watch: ESPN and ESPN App
Opening line via Caesars Sportsbook: Utah by 2.5

Key player: It has to be Cam Rising in what could be his last game under center for the Utes. In just two seasons, Rising has done nearly everything in his power to leave his mark as one of the program’s best quarterbacks, and he has a year of eligibility left. This season, Rising passed for nearly 3,000 yards and his QBR was among the 10 best in the country. Rising arguably had his best games on the biggest stages this season, and he likely will need to do slightly better than his 217-yard, two-touchdown performance in last year’s Rose Bowl against Ohio State. As Kyle Whittingham said after the Pac-12 championship, as Rising goes, so goes Utah. And for the Utes to win their first bowl game since 2017, it’ll be up to Rising to lead them.

X factor: Ja’Quinden Jackson. With running back Tavion Thomas done at Utah after a tumultuous season and a toe injury, Utah needed someone in the backfield to step up. Sophomore Micah Bernard has done his part, but when looking ahead to this game and next season, it’s Jackson, a freshman, who could be a game-changer for the Utes offense. In the Pac-12 title game, Jackson had 105 yards and two touchdowns on 13 carries and looked ready to take on a bigger role. The Rose Bowl could be the perfect setting for him to do just that.

How Utah wins: Defense. Last year’s shootout against Ohio State in this game proved the Utes had the offense to hang with the Buckeyes, but they couldn’t do enough on defense to outlast them. Penn State’s offense is not quite at the level of the C.J. Stroud-led unit, but the Nittany Lions are still a top-20 scoring offense and will be a handful. To the Utes’ credit, they just proved they could stop a top-three offense in USC. Limiting quarterback Sean Clifford and running back Nicholas Singleton will go a long way toward the Utes earning their first Rose Bowl win.

Key player: Sixth-year senior quarterback Sean Clifford will close out quite the journey at Penn State in what will be the fifth Rose Bowl appearance in school history. A four-year starter, Clifford is the school’s all-time leader in passing yards (10,382) and passing touchdowns (84), but has gone underappreciated at times. It’s his leadership that coaches and teammates admire so much, as well as the way he’s gone about his business despite some fans calling for talented freshman Drew Allar. Some of that comes with the territory when you’ve been the quarterback as long as the 24-year-old Clifford has at Penn State. But this is his chance to go out a winner after returning for his senior season and leading the Nittany Lions to their first 11-win season since his first season as the starter in 2019.

X factor: The true freshman tandem of Nicholas Singleton and Kaytron Allen has been sensational for Penn State. Good luck in finding two first-year running backs on the same team more talented than Singleton and Allen, who have combined for 1,771 rushing yards and 19 touchdowns. They’re both tough runners between the tackles and have combined for 49 runs of 10 yards or longer; Singleton has 11 runs of 20 yards or longer. Penn State’s running game is clearly in good hands for the future, and the immediate future is going against a Utah rushing defense that is ranked 16th nationally and allows just 107 yards per game on the ground.

How Penn State wins: The Nittany Lions need to be able to establish their running game and take some of the pressure off Clifford. The Utes really get after the quarterback. They’re tied for eighth nationally with 38 sacks and will do their best to get Clifford in third-and-long situations. The best way to avoid that is to have success running the ball on first and second down. Penn State will be without top cornerback Joey Porter Jr., who is skipping the game to prepare for the NFL draft. The Nittany Lions have created a ton of negative plays on defense and rank seventh nationally with 95 tackles for loss. That’s going to be important in this game, as Penn State tries to prevent Rising from getting into a rhythm and instead force him into mistakes. 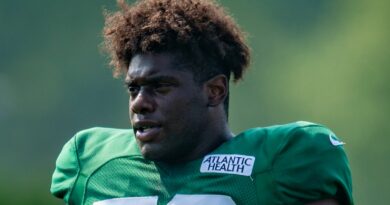