Bowden, who turns 91 next month, told the Tallahassee Democrat Monday morning he was diagnosed with the virus the day after being released last weekend from a local hospital, where he was being treated for a leg infection.

Bowden said he feels fine and has not exhibited any symptoms such as fever and breathing issues associated with the illness. His sense of humor also remained intact.

“I don’t feel bad, yet,” Bowden said. “I guess I can loaf around the rest of the week. I just have to keep an eye out for (symptoms).”

Bowden won two national championships during his 34 seasons at Florida State. He also coached at West Virginia and Howard College.

Bowden said he’s the only person in his household that has tested positive and has quarantined himself at home.

Bowden said he and family members staying at the house  – wife Ann, daughter Robin  and grandson Hunter – will be restested today.

"I am glad to see them get that win," Bowden

Norvell also had previously tested positive for COVID-19 and was forced to miss the Seminoles' game against Miami (Fla.). He returned to practice last week.

Arians on Gerald McCoy's absence: 'It's up to him' 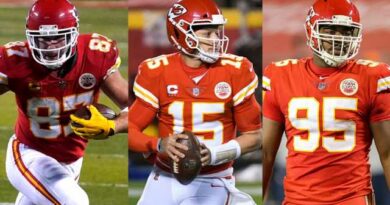