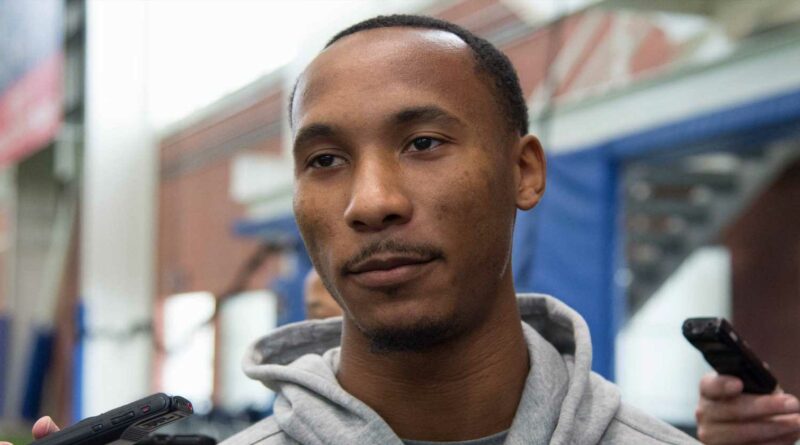 Travis Rudolph, 25, was booked into the Palm Beach County Jail shortly before 8 a.m. and was being held without bail. He is scheduled to make his first appearance before a judge Thursday at the jail.

Deputies responded shortly after midnight to reports of a double shooting on the 500 block of North Redwood Drive in Lake Park, south of Northlake Boulevard and west of U.S. 1.

They learned that one male had been taken to a hospital while another male was found dead in West Palm Beach.

After playing at Florida State, Travis Rudolph had stints with the New York Giants and Miami Dolphins in the NFL. (Photo: William Hauser/USA Today)

Further investigation led to Rudolph being identified as the suspect, PBSO said. The agency said a total of four people were shot at, or by, Rudolph. Two of his intended targets were not harmed, PBSO said.

The agency did not provide a full narrative of what happened Wednesday.

Rudolph signed with Florida State in 2014 as a five-star recruit. He compiled more than 2,300 career receiving yards and scored 18 touchdowns in three seasons with the Seminoles.

He played briefly in the NFL for the New York Giants and was a member of the Miami Dolphins' practice squad for a portion of the 2018 season. He signed with the Winnipeg Blue Bombers of the Canadian Football League in December 2019, but did not appear in any games.

On Wednesday, the organization announced that Rudolph has been released.