Former Pro Bowl receiver Brandon Marshall is looking to add a new sport to his resume.

Marshall reposted a video of himself on Instagram calling out all of the top heavyweight fighters as he launches his boxing career. Marshall was known for being physical during his football days, but a jump to boxing seems surprising. While some may be skeptical, Marshall is fully confident in his abilities.

“I’m about to do the unthinkable — 13 years [in the] NFL, 35 [years old], phenomenal shape, just went 24 rounds. I’m about to do the unthinkable. Heavyweight champion of the world. A lot of people that try fail. I promise you. [Anthony] Joshua, [Deontay] Wilder, [Luis] Ortiz, [Tyson] Fury. All you boys, you can get it. I’m telling you. You’re not tough, not that strong. Where I come from, and what I’ve been through in my life, bruh, I’m built for this. I promise you that. I’ll see you next May.”

The former fourth-round draft pick also tagged Andy Ruiz in his post, even though he didn’t mention him in the video. Ruiz is currently the world heavyweight champion after his stunning defeat of Joshua back in June. He’s scheduled for a rematch on Dec. 7, which will be streamed exclusively on DAZN.

As for Marshall, it’s not clear what he meant by “see you next May.” He either already has a fight scheduled, or he hopes to start his boxing career that month. He posted an additional video on Instagram showing him training.

While Marshall’s NFL accolades are impressive, it’s yet to be seen if it’ll translate to the ring. He has no prior boxing experience, and at 35 years old, his goals of becoming the “heavyweight champion of the world” are, to put it lightly, lofty. 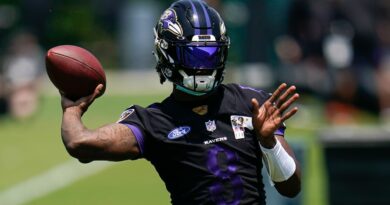 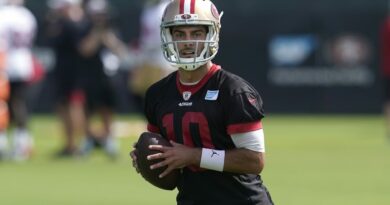