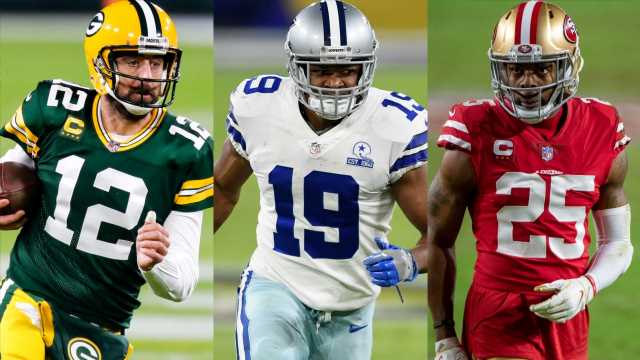 With the conclusion of minicamps this week, the NFL is on the cusp of starting its summer vacation. This has been a far more routine offseason than last year’s, so the football interruptions to your cookouts — there are always interruptions — are more likely to be the garden variety kind about contracts signed than the cataclysmic pandemic-fueled updates we got on a seemingly daily basis last summer.

Still, there are a lot of loose ends dangling as players and coaches scatter, none bigger than the fates of two of the best quarterbacks in the game. With only about six weeks until training camps open, it’s easy to envision a whole lot of executives hoping to strike the work-life balance of Tennessee Titans general manager Jon Robinson, who negotiated the trade for receiver Julio Jones in part while on a pontoon boat with his family in the middle of a Tennessee lake.

There is a lot to look forward to after the NFL’s summer break: fans at training camps, full houses at games and a bonus 17th regular-season contest. But right now, there are big stories that need conclusions, even if they are crafted from a spot in the shade.

1) Vaccines. This is the one that will preoccupy a lot of coaches and executives for the duration of the summer. One thing that became apparent during minicamps is that NFL players are, as NFLPA chief DeMaurice Smith pointed out, just a microcosm of society. And there is some vaccine hesitancy and misinformation. As of earlier this week, only 16 of the 32 teams have at least 51 players who have received at least one dose of the vaccine, with teams allowed to have 90 players on the roster.

That is especially important at this moment, because for a player receiving a two-dose vaccine to be considered fully vaccinated by the time teams report in late July — two weeks after the second dose of vaccine is administered — he would have to start his vaccine series right about now. Why does it matter? Because players who are vaccinated can mostly go back to normal at work, according to COVID protocols agreed to by the NFL and the NFLPA: no daily testing, mask wearing or social distancing in the weight room and other team facilities and no travel restrictions during downtime like the bye week, for instance. Unvaccinated players would have to adhere to the same stringent protocols they lived under in 2020, meaning daily testing even on off days and during the bye week, and if they have close contact with an infected person, they will have to quarantine. That, of course, presents a significant competitive disadvantage to the team once practices and games begin.

Team owners, coaches and general managers are watching the numbers closely, and believe there is a real competitive advantage to be had if teams can function normally again. And owners are also keeping one eye on Major League Baseball, which is in the same predicament and is nowhere near having every ballclub at the 85 percent vaccinated threshold that allows teams to roll back protocols. It’s hard to overstate how important this is to franchises. For a clue about how executives view the decision, consider that while Bills general manager Brandon Beane was admonished for suggesting he would be more likely to cut an unvaccinated player if it meant that his team could function normally, nobody would argue that he wasn’t telling the truth.

2) It’s rare that a top quarterback would still be in limbo this late in the offseason. But two?? Buckle up. The offseason program came and went without either ﻿Deshaun Watson﻿ or ﻿Aaron Rodgers﻿ joining their respective teams — no surprise there — and their futures appear to be very much up in the air. Watson’s trade request from the Texans is complicated by his serious legal issues following a series of sexual assault accusations. The NFL began its own investigation in March and it is unclear when it will be completed. The Commissioner’s Exempt List, which was originally intended to remove affected players from games so their teams could add another man to the roster, has been used rarely to keep players off the field during training camp. But that is a potential option if Watson’s case is not resolved before then. Texans general manager Nick Caserio, who has been mostly tight-lipped about Watson’s situation, said during an appearance on Sports Radio 610 this week that as training camps approach and the team gets more information, “We’ll try to make the best decision for the Houston Texans, whatever that entails.” Right now, it is difficult to imagine Watson joining any team when camps open without a very sudden reversal of his legal fortunes.

Things may be even murkier for Rodgers and Green Bay, where an offseason staredown has devolved into a nation of fans trying to parse what Packers president Mark Murphy meant when he described Rodgers as a “complicated fella.” If anybody tells you they are sure about how this one ends, they are lying. Significant fines will start accruing for Rodgers if he doesn’t report to training camp, but that is really beside the point. The bigger issue is if there is anything the Packers can do — or would do — in the next few weeks that would make Rodgers happy about how the franchise is being run. This is a miserable situation for the Packers, who have so far insisted they will not trade Rodgers and who, Murphy has volunteered, now have a fan base that is divided over the situation. But if Rodgers does not budge, the Packers will have to start figuring out how to make the best of things and how to contain the absolute mayhem that will engulf their camp as this plays out with Jordan Love being prepared to start. Summer of Favre redux, here we come.

3) There are always injuries to account for heading into camp. The big one, a knee injury suffered by Kansas City guard Kyle Long last week, threatens to keep him out of training camp entirely. Coach Andy Reid said there is a chance Long will need surgery, but even if he doesn’t, his absence from camp is a blow to the offensive line the Chiefs rebuilt this offseason to provide better protection for Patrick Mahomes﻿. And Giants running back Saquon Barkley﻿, recovering from a torn ACL he suffered in the second game of the 2020 season, would not say during a meeting with reporters last week when he would be ready to return to the field. For the Cowboys, the good news is that quarterback Dak Prescott could already play a game. The bad news is that receiver Amari Cooper may not be ready for the start of camp following an ankle injury that will likely keep him from running for a few weeks, according to NFL Network Insider Ian Rapoport. Steelers star linebacker Devin Bush﻿, who suffered an ACL tear in Week 6 last season, said last week he is about 80 to 90 percent recovered but expects to be 100 percent when camp begins.

4) There have been visits and rumors, but plenty of big-name free agents remain unsigned. Would you like to see Richard Sherman﻿, Mitchell Schwartz﻿, Justin Houston﻿, Todd Gurley or Melvin Ingram on your team? There’s still a chance. Not surprisingly, Sherman — who had a career renaissance in 2019, but then suffered a calf injury that shortened his 2020 season — says he is waiting for an opportunity to join a contender. The cream of this group would be Schwartz if there were no injury questions surrounding him. 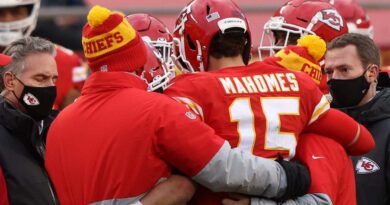