Home » NFL » Frank Gore explains why he turned down NFL offers for 2021, when he might return to football 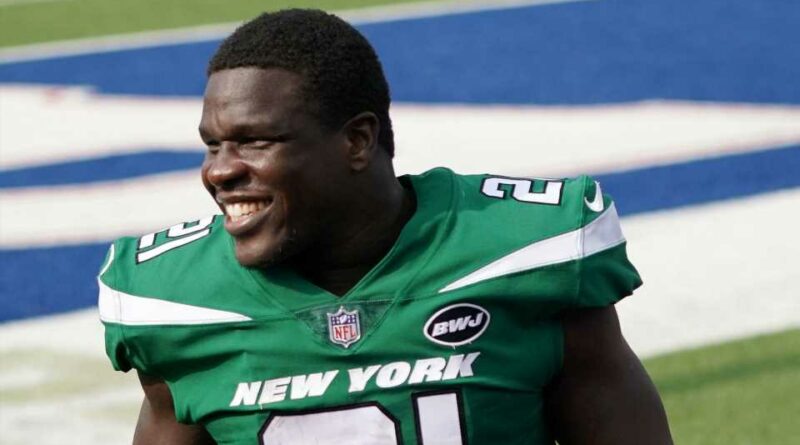 Frank Gore hasn’t played in the NFL yet during the 2021 season. However, it’s not for a lack of opportunities. It’s a personal decision on his part.

Gore explained in a recent interview with TMZ Sports that he is enjoying his time off the field, especially the time he has spent with his family.

“I had three opportunities to play this year, but once I didn’t go to training camp and saw all the time I missed with my kids — I kind of looked at it differently,” he said. “I missed a lot of my oldest son’s [Frank Gore Jr.] games and the only time I saw him play was when I signed with Miami (Dolphins). He was in high school. He was a senior. I’ve been enjoying going to Southern Miss and seeing my stepson play at Wisconsin and my younger kids play little league ball. I’ve been really enjoying that. I haven’t missed the game of football yet.”

Gore has also been preparing for the first boxing match of his career. He is set to take on former NBA star Deron Williams as part of the undercard for the Jake Paul vs. Tommy Fury fight on Dec. 18. Gore is a big boxing fan and has enjoyed his training for the fight so far.

“I just fell in love with how hard it is,” Gore told NFL.com in September. “I felt like, ‘Man, I couldn’t fight.’ And I always like a challenge. So I kept doing it and doing it and I saw myself getting better and better.”

NFL POWER RANKINGS: Titans, Cowboys on the rise after Week 10

So, it seems that Gore is keeping busy off the field. But does that mean he’s basically retired? Not necessarily. The veteran running back did say there was a chance he could return to the NFL as part of a contender down the stretch of the 2021 season.

“I’m gonna see. I might get a call from whoever might go to the Super Bowl,” Gore said. “I might say ‘F it’ and go with them. I’m not sure yet.”

Several potential playoff contenders have dealt with injuries at the running back position this season. Perhaps if a team is looking for depth, they’ll give Gore, who ranks third all-time in NFL history with an ever 16,000 yards, a shot.