Home » NFL » Frank Reich: Colts would like to see 'amazing' Jonathan Taylor get even more touches 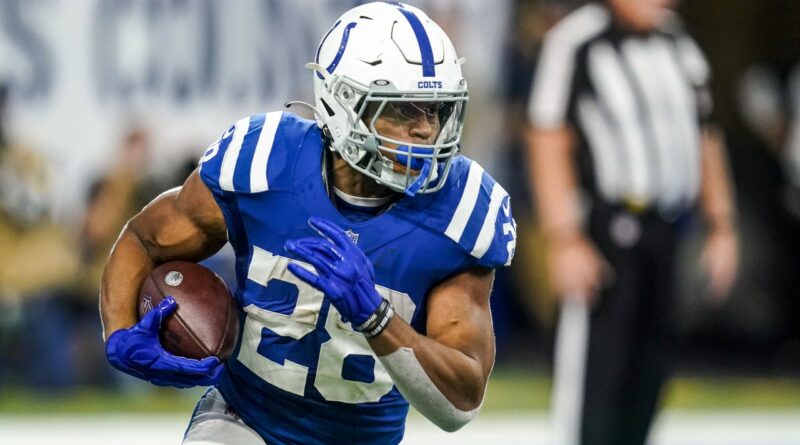 Jonathan Taylor is tied for the league lead in rushing yards, and he’s gotten there on 161 carries.

Usage shouldn’t be a sticking point for Taylor, then, right? In 10 games, Taylor is averaging 16.1 carries per contest. He’s second among qualifying running backs in yards per carry at 5.8, and he’s not close to the eye-popping amount of carries that the man with whom he’s tied, the currently injured Derrick Henry, has reached in the last few seasons.

“Jonathan Taylor is just an amazing player and person. Right now the workload that he’s getting, we don’t feel like he’s overworked,” Reich said during a Thursday appearance on SiriusXM NFL Radio. “In fact, a lot of people are telling me I should give it him even more than we are. We give it to him somewhere around 18 to 20 times a game as far as carries and then try to target him in the pass game a good bit, too. I’d like it to build. I’d actually like it to increase.

… “He’s a phenomenal player. He’s gonna get the bulk of the carries. Nyheim Hines, our No. 2 back, is gonna play, he’s gonna be the guy that takes the next number of reps. Marlon (Mack), I think the world of Marlon. I think Marlon’s a really good running back and should be playing more than he is. But you can’t justify it with the way Jonathan Taylor is playing.”

Taylor has quickly evolved from a downhill runner with a chance to rip off a big gain to an every-down threat capable of getting one block and taking a carry to the house. He’s grown in the passing game, too, exceeding his rookie receiving yardage total after just 10 games. Instead of being a first- and second-down back, Taylor is now an every-down back whose production has the Colts believing he’s a top five weapon, regardless of position.

Hines exists as a threat in the running and passing game who is quicker, but not quite as powerful of a runner as Taylor, while Mack isn’t seeing much playing time simply because the Colts haven’t needed him. As Reich alluded, the Colts would like to work Mack into the mix, but they just haven’t had the space to get him significantly involved.

The main reason is Taylor’s performance, which has him among the league’s best in the statistics that matter the most. Once seen as a potential bellcow, Taylor has quickly blossomed into a star who should reach his first career Pro Bowl in only his second season. The Colts aren’t going to shy away from handing him the ball anytime soon, nor should they.

Mike Daniels sees 'a lot of' similarities between Joe Burrow and Aaron Rodgers: 'Joe is not like a rookie'