The Indianapolis Colts have upgraded most of the roster this offseason, save for one position: wide receiver.

While Indy hasn’t added to the receiver room, which needs a sidekick for Michael Pittman Jr., coach Frank Reich said Wednesday that he doesn’t see the glaring need most do.

“I understand what the outside perception is — you’ve got a bunch of young guys and how many catches do they have?” Reich said. “I see the side of a lot of upside with those players and (I’m) looking forward to seeing those guys continue to develop.”

Outside of Pittman, the Colts have former second-round pick Parris Campbell, who has 34 career catches; newly re-signed Ashton Dulin has 18 career receptions; Keke Coutee has 84 career catches, but 83 came in Houston, with just one grab last year in two games played in Indy; De’Michael Harris has 10 career receptions (all in 2020); Dezmon Patmon has two career catches; and Mike Strachan had two grabs last season as a seventh-round rookie.

That’s 150 career catches from the non-Pittman portion of the Colts receiver corps (with more than half of those coming from Coutee in Houston).

Reich can talk about upside until he’s blue in the face, but until one of those young receivers steps up — or the Colts add to the corps — questions remain.

Indy would make an ideal landing spot for disgruntled 49ers receiver Deebo Samuel, who has requested a trade. Samuel would fit perfectly in Reich’s offense and give Matt Ryan a target who wins over the middle. But the lack of a first-round pick this year could make trade talk moot. There is also the option of trading future picks, but Indy likely needs those to eventually find its future quarterback, with Ryan about to turn 37.

Reich noted that it’s possible the Colts could bring back T.Y. Hilton — saying “we’ll see how things play out” — but the veteran caught just 23 passes for 331 yards and three TDs in 10 games last season.

While it’s Reich’s job to help progress the young receivers he speaks highly of, it’s on Chris Ballard to add more talent to the roster. 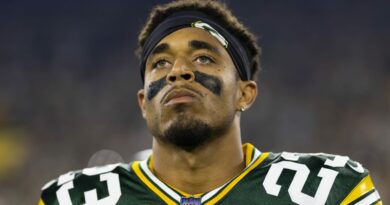