Home » NFL » Game plans for every NFL wild-card matchup: How each team could win — and lose 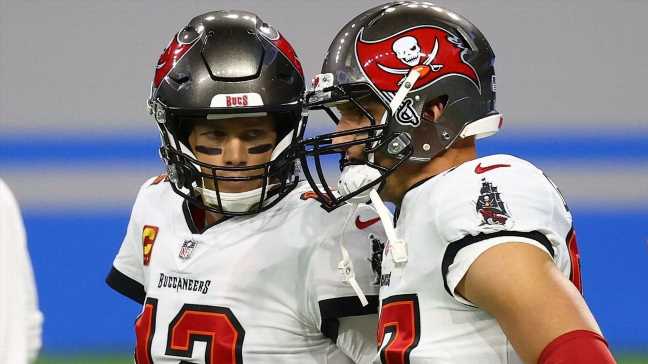 The 2020 NFL wild-card games kick off this weekend with six interesting games, which include Tom Brady and Drew Brees trying to make another postseason run and a rematch between Baltimore and Tennessee, which was a divisional-round stunner a year ago.

How can all 12 teams playing this weekend pick up wins? Let’s take a closer look at every matchup and pick out game-plan keys — one on offense, one on defense — that can create edges and a path to the divisional round for each team in action.

We’ll go in order of the games this weekend, starting with the early Saturday kickoff between the Colts and Bills:

How the Colts can beat the Bills

1. Run the ball with production out of 12 personnel with Jonathan Taylor

During Weeks 13 through 17, the rookie played his best football of the season, rushing for 651 yards at an average of 6.7 yards per carry. We saw his stellar traits, too — running behind his pads, stacking moves together and bringing big-play juice to the Colts’ run game. And behind a really solid offensive front, Taylor averaged 4.5 yards per carry before first contact during that stretch, while ripping off 10 explosive play rushes (carries of 15 or more yards).

I would get into 12 personnel on Saturday — 1 RB, 2 TE, 2 WR — against the Bills’ front seven and lean on the zone run game with Taylor. Create movement off the combo blocks versus the Bills’ defensive tackles and open up daylight for Taylor against a unit that allowed 119.7 rushing yards per game. Efficiency and production in the run game would open up opportunities for coach Frank Reich to scheme play-action throws for quarterback Philip Rivers against Buffalo’s two-deep zone coverages.

2. Have the linebackers close the middle of the field for Josh Allen