Whoever won the game between Georgia and Florida on Saturday was going to put themselves in the driver’s seat for the SEC East. Georgia came out on top with a statement win, and the Bulldogs were driven by quarterback Jake Fromm’s outstanding performance. Fromm is the SEC’s hardest-working player of the week for that performance.

Fromm completed 17-of 24-passes for 240 yards and three touchdowns in a strong performance against a staunch Florida defense. Georgia was coming off a bye after a tough loss to LSU, and this game was huge for its playoff hopes. Georgia was ranked No. 7 coming in against No. 9 Florida, so this game looks really good on its resume.

“They were tough,” Fromm told CBSSports.com after the game. “We knew we had to come back to work during the bye week … We really went to work (during the bye) … We’re really physical at practice and I think that paid off.”

Georgia will have to get back to work again this week with another big SEC East matchup looming in a surprising Kentucky team. Kentucky is also 5-1 in the conference and 7-1 overall — exactly the same as Georgia. The winner of this game is, once again, in the driver’s seat for the SEC East, so Georgia will look for another big performance out of Fromm. 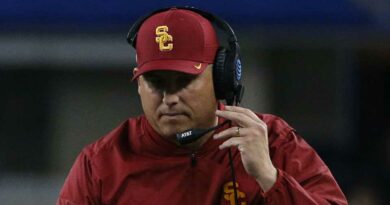 Why did USC fire Clay Helton? Loss to Stanford was final straw in disappointing tenure 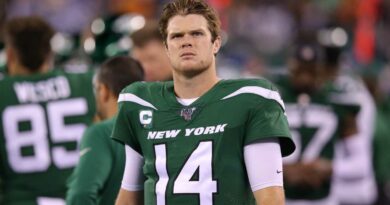