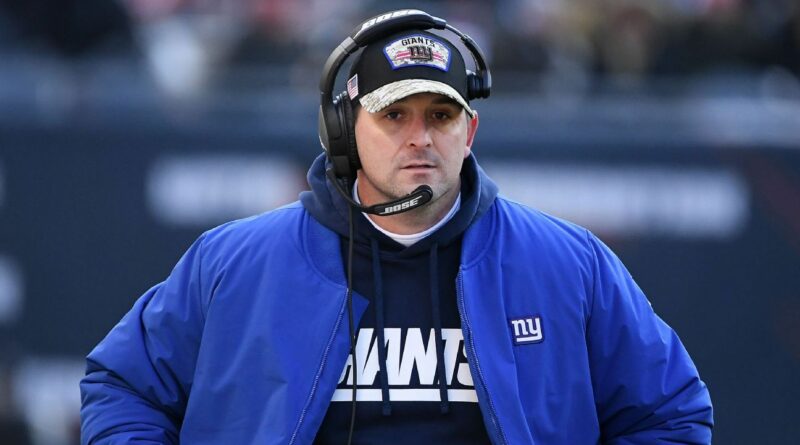 The move comes a day after general manager Dave Gettleman retired after four seasons on the job.

Judge, a first-time head coach, went 10-23 in his two years. He is the third consecutive Giants coach to be fired after two seasons or less, following Ben McAdoo (13-15) and Pat Shurmur (9-23), as the once-proud franchise stumbles through one of the worst 10-year stretches in its history.

The move comes after Judge was left dangling for most of the past two days. He operated Monday as if he would remain, holding a team meeting before speaking with ownership in the afternoon.

But the Giants did not mention that Judge would return when they sent out a news release announcing Gettleman’s retirement. Judge had more meetings scheduled with ownership on the direction of the team on Wednesday. It was during this meeting that Judge was informed he would not return for a third season.

“[Co-owner] Steve [Tisch] and I both believe it is in the best interest of our franchise to move in another direction,” Giants co-owner John Mara said in a statement. “We met with Joe yesterday afternoon to discuss the state of the team. I met again with Joe this afternoon, and it was during that conversation I informed Joe of our decision. We appreciate Joe’s efforts on behalf of the organization.

“I said before the season started that I wanted to feel good about the direction we were headed when we played our last game of the season. Unfortunately, I cannot make that statement, which is why we have made this decision.

“We will hire a general manager and that person will lead the effort to hire a new head coach.”

Judge, 40, appeared safe until late in the season, when the Giants started spiraling out of control after losing quarterback Daniel Jones. They couldn’t move the ball and scored more than 10 points once in those six games with Mike Glennon and then eventually Jake Fromm, claimed off the Buffalo Bills practice squad, starting.

The Giants used three different starting quarterbacks in a single season for the first time since 1992. That was in Ray Handley’s second season as head coach and he too was fired after the season concluded.

Giants ownership had wanted to keep him. Mara even gave Judge a vote of confidence earlier this season despite a slow start.

But an animated 11-minute ramble after a loss to the Chicago Bears two weeks ago rankled the organization, and running back-to-back quarterback sneaks from inside their own 5-yard line on second and third downs this past Sunday in a 22-7 loss to the Washington Football Team made Judge an easy target and the Giants a running joke.

The Giants were big spenders last offseason and the expectation from ownership was that they would at least be playoff contenders. But a slow start, 1-5 this season, doomed Judge. New York started 0-5 under him in 2020 and has now missed the playoffs nine of the past 10 seasons.

The Giants were among the league leaders in games missed because of injury this season. All their key offensive players — Jones, running back Saquon Barkley, left tackle Andrew Thomas, and receivers Kenny Golladay, Sterling Shepard and Kadarius Toney — missed at least two games.

Judge came to the Giants after eight seasons with the New England Patriots, mostly as the special teams coordinator. He came highly recommended by Bill Belichick. Judge had previous worked under Nick Saban at the University of Alabama.

New York lured Judge with a five-year contract. He was set to become the head coach at Mississippi State, his alma mater, before this opportunity arose. Two years and four days later, he’s out. 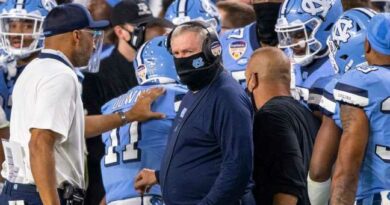