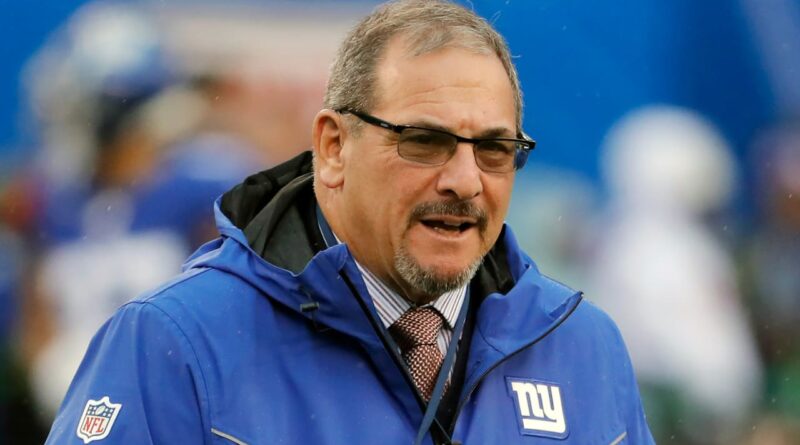 Following a disappointing 4-13 season, Gettleman informed coaches and players on Monday morning that he was stepping down, the team announced. Gettleman, who ends his second career stint in the Giants’ front office, informed club owners John Mara and Steve Tisch of his decision in recent days.

“It was a privilege to serve as the general manager of the New York Giants the last four years and to have spent so many years of my career with this franchise,” Gettleman said. “We obviously have not had the on-the-field success I expected, and that is disappointing. However, I have many fond memories here, including two Super Bowl victories, and I wish the team and organization only the best moving forward. There are many good people here who pour their souls into this organization. I am proud to have worked alongside them.”

Gettleman spent four years as the Giants GM, beginning in 2018, during which time the team compiled a dismal 19-46 record.

“It is an understatement to say John and I are disappointed by the lack of success we have had on the field,” Tisch said. “We are united in our commitment to find a general manager who will provide the direction necessary for us to achieve the on-field performance and results we all expect.”

Gettleman was much more successful over four-plus years as GM of the Carolina Panthers, where his teams went 40-23-1 from 2013-2016, won three division titles in a row and reached Super Bowl 50. In his previous role as the Giants’ pro personnel director from 1999-2011, Gettleman was a part of two Super Bowl championship teams (2007, 2011) and a third that appeared in the title game (2000).

He made five first-round picks in four years as Giants GM: running back ﻿Saquon Barkley﻿, quarterback Daniel Jones, defensive tackle Dexter Lawrence, offensive tackle Andrew Thomas and wide receiver ﻿Kadarius Toney﻿. The most criticized among them has been Jones, who has led just 12 wins in 37 starts since taking the starting job as a rookie in 2019.

It remains to be seen whether the club retains coach Joe Judge, who is 10-23 after two seasons.

As for the search for a new GM, the club will announce candidates upon the completion of each interview, according to the release. Others who interviewed for the job when Gettleman was chosen in December of 2017 included Giants assistant GM Kevin Abrams, then-VP of player evaluation and current NFL Network analyst Marc Ross, and current ESPN analyst Louis Riddick.

“This will be a comprehensive search for our next general manager,” said Mara. “We are looking for a person who demonstrates exceptional leadership and communication abilities, somebody who will oversee all aspects of our football operations, including player personnel, college scouting and coaching.”