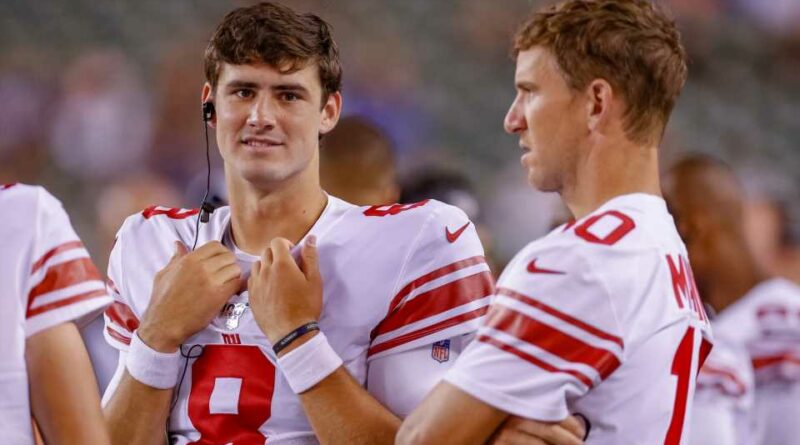 When Daniel Jones was drafted No. 6 overall in 2019, eyebrows were raised, glasses were dramatically removed, laughs were had. While analysts considered Jones a late first- or second-round prospect, the Giants took a very early chance on a kid who looked like he was auditioning for the role of a Manning brother in a direct-to-streaming biopic.

But the jokes quickly subsided when Jones looked a lot better than a lot of people expected him to look in the 2019 season, throwing for 24 touchdowns and 3,027 yards in 13 games (12 starts) for “Big Blue,” and showing flashes that made him look like an upper-ceiling franchise passer. Unfortunately, Jones hasn’t been able to rekindle that success since, with 2021 a do-or-die situation for the third-year QB.

Jones isn’t without his faults as a quarterback, including turning the ball over — that’s something that may have rubbed off on him spending time behind Eli on the bench in his rookie season — but the Jones-Manning family connection goes a bit deeper than just looking and playing like one.

Daniel Jones and Eli Manning side by side

The connection between Eli and Peyton Manning and Daniel Jones starts with one man: Current Duke head coach and football lifer David Cutcliffe.

When Peyton was attending Tennessee in the 1990s, Cutcliffe was the Volunteers’ offensive coordinator. Between 1998 and 2004, Cutcliffe was with Ole Miss as the team’s head coach, where he coached up Eli Manning before he was selected No. 1 overall in 2005 by the San Diego Chargers.

After a brief return to Tennessee, Cutcliffe ended up the head coach at Duke in 2008, where he still coaches today — and Cutcliffe coached through the Daniel Jones tenure (2015-2018) in Durham.

The Cutcliffe connection turned out to be very valuable for Jones, who would develop a relationship with the Manning brothers: Jones would attend the famed Manning Passing Camp in Louisiana, which he felt helped him as well.

After being drafted by the Giants No. 6 overall, Jones sat beside Eli Manning on the bench. Jones swiftly beat out Eli Manning for the starting job, and Manning would retire following the 2019 season.

In 28 games as Giants quarterback, Jones has been a mixed bag: He has thrown 36 touchdowns and 6,237 yards, but has turned the ball over 40 times in that span (22 interceptions, 18 fumbles).

Maybe he really is doing his best Eli Manning impression. 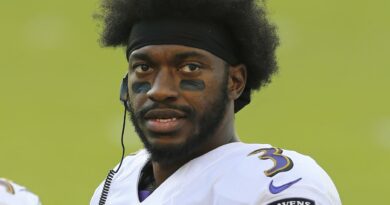