Home » NFL » Giants RB Saquon Barkley on returning to form after injuries: ‘I want to go out there and prove (myself)’

Saquon Barkley says he’s back — and ready to show that he can still be a top running back.

Barkley spoke to the media on Wednesday as the Giants opened up their first voluntary training camp of the offseason. The running back said that after a disappointing last few seasons, he is ready to prove to the haters and to the organization that drafted him that he can still contribute the way he did early in his career.

“I just want to kill, just go crazy,” Barkley said, per SNY. ” I’m tired of the BS that is said about me or this team, and I want to go out there and prove to this organization that the player they drafted is still there.”

Selected No. 2 overall by New York in 2018, Barkley burst onto the scene in his rookie campaign, amassing over 1,300 rushing and 2,000 total yards. He received his first Pro Bowl selection and was named Offensive Rookie of the Year. But since then, injuries have left Barkley unable to produce the kind of numbers he achieved in his debut season. First there was a sprained ankle in 2019, then an ACL tear in 2020, and most recently Barkley was hampered by another ankle injury last season. The Penn State product collected just 593 yards and two TDs rushing in 2021, a far cry from his breakout 2018 season.

While Barkley remains one of the more notable players in the Giants organization, GM Joe Schoen sparked speculation in March that New York was willing to trade him when Schoen told reporters at the NFL Scouting Combine that “I’m open to anything”. Co-owner John Mara later clarified the team’s position, saying that while they had received some calls about Barkley, they were not actively shopping him.

And now, with the signs pointing to Barkley staying in New York for the foreseeable future, the running back said that he feels healthier than ever and ready to make a difference in 2022.

“I definitely feel a lot different, a lot better, like myself again,” Barkley said. 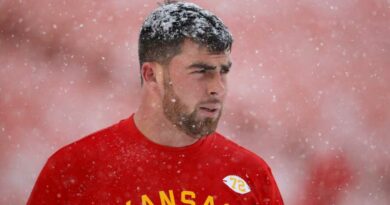