Are you ready for some football … with Eli Manning and Nick Mullens?

On Tuesday, the Giants and 49ers revealed that they’re sticking with Manning and Mullens as their starting quarterbacks, which sets up a dreadful Monday night game between the two teams next week. But neither of the decisions should come as a huge surprise.

Despite all of Manning’s struggles over the past two seasons, he’s the only viable option on the Giants’ roster. Alex Tanney, the backup, is a 30-year-old journeyman who has no chance of becoming the team’s long-term quarterback. Rookie Kyle Lauletta, who has yet to be made active for a game, got arrested a week ago in a traffic incident. While the Giants might eventually let him audition later in the season, the right time to do that probably isn’t a week after an arrest. As CBS Sports NFL Insider Jason La Canfora wrote, “Lauletta’s arrest may serve to push back the process of getting him more first-string practice reps coming out of the bye, (but) it is difficult to see a scenario where Manning plays out the season.”

That leaves Manning as the Giants’ only feasible option right now.

“I told him he’s starting Monday,” Giants coach Shurmur said, per ESPN. “You guys roll with it how you want with the idea that he’s going to get us on a run here. There will be no decision to make. Part of the conversation was, ‘We trust you, we want to work with you and we trust the fact that you’re going to get in there and help us win football games.'”

To this point, that hasn’t happened. The Giants are 1-7. Manning, playing behind a bad offensive line, has thrown only eight touchdowns. Related: The Giants are scoring only 18.8 points per game.

Meanwhile, the 49ers don’t really have a reason to bench Mullens one week after his stellar debut. The alternative is starting C.J. Beathard, who’s received 10 starting opportunities over the past two seasons. At this point in the season, the 49ers — with Jimmy Garoppolo lost long ago to a torn ACL — aren’t playing for this season, but they are in the process of identifying next year’s backup. Kyle Shanahan’s already gotten a long look at Beathard over the past year or so. Now, he should spend the next few weeks evaluating Mullens, who completed 72.7 percent of his passes for 262 yards, three touchdowns, no picks, and a 151.9 passer rating in a win over the Raiders last week.

That makes Mullens the obvious choice to start on Monday night.

The game might not matter much in terms of this season, but it will impact the draft order. The one-win Giants hold the advantage over the 49ers, but a 49ers loss would even them up. As of now, the 49ers are three-point home favorites over the Giants.

Who would’ve thought Eli Manning would ever be an underdog against Nick Mullens?

Barnwell’s trade grades: The NFL’s 30 most impactful of last year 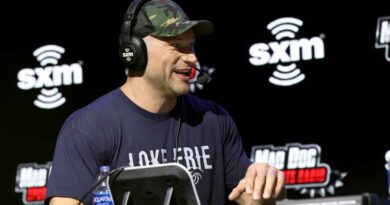