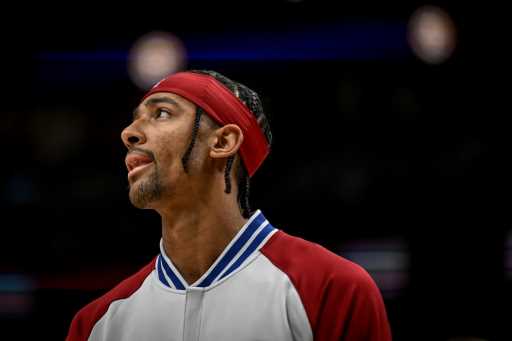 The best day for Nuggets head coach Michael Malone to swap out DeAndre Jordan for Zeke Nnaji in his team’s big-man rotation was yesterday. The next best day is today.

So sayeth the hoops heads inside the Grading the Week offices, who have but one rule when it comes to NBA big men: Thou shalt not give up consecutive offensive rebounds to Boston Celtics backup guard Payton Pritchard.

This dance has gone on long enough, coach.

If that wasn’t clear after the 6-foot-11 Jordan allowed the 6-1 Pritchard to snatch two offensive boards away from him within 10 seconds of last Friday’s loss in Boston, then it should have been after Nnaji was one of the most effective Nuggets on the court Wednesday night against the Knicks.

Of course, this isn’t just a one-game thing. Or even a one-play thing.

Nnaji was the talk of training camp after refining his game and his body at the team’s training facility this offseason. There was even some dark horse Most Improved Player talk for the third-year pro. Then he spent the first 13 games of the regular season relegated to mop-up duty while Jordan sopped up all of the backup big man minutes behind superstar Nikola Jokic.

It’d be one thing if Jordan was still the rebounding, shot-blocking, rim-running force that produced three All-NBA nods and a couple of All-Defense selections with the Los Angeles Clippers. Unfortunately, that was six years and six teams ago.

As head-scratching as Jordan’s addition was at the start of free agency last summer — within hours of negotiations opening up, no less — there is value to inserting Jordan’s veteran presence into the locker room. It just can’t come at the expense of developing a young talent like Nnaji.

The 2020 first-round pick could be a part of the Nuggets’ future or an asset for general manager Calvin Booth to dangle at the trade deadline. The only way to know is for him to see the floor.

Centennial State vs. SEC — A+

Is it too late for the Buffs and Rams to petition to join the Southeastern Conference in men’s basketball this winter?

Two weeks into the 2022-23 season, and Colorado’s two top men’s basketball programs are 3-0 against the mighty SEC. (Well, mighty in football, anyway.)

Somehow, Tad Boyle’s Buffs are 2-0 against ranked SEC teams (Tennessee and Texas A&M), and 1-2 against everyone else, while Niko Medved’s Rams knocked off South Carolina in its home state by 32 points (32!) on Thursday.

The Accelerated Prep star, and former 1A state champion at Belleview Christian, had Arkansas, Seton Hall and CU among his final three choices. But rather than join five-star teammate Baye Fall in Bill Clinton Territory — the former Lutheran star picked the Razorbacks — Diop opted to join a Buffs’ recruiting class that’s now ranked 17th in the nation by 247Sports.com.

Thrown together with five-star forward Cody Williams’ signing last week, the Buffs now have two of the top 100 recruits in the country set to come to Boulder next fall.

So, one bad loss for every top-tier commit — a trade Buffs fans will take every time. 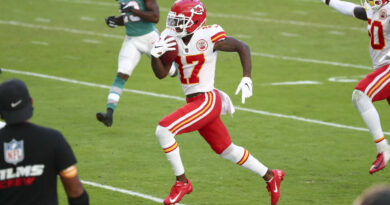 Chiefs WR Mecole Hardman: 2021 is 'one of my most important seasons' 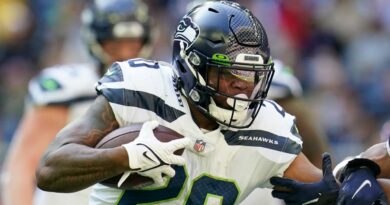 Rashaad Penny returns to Seahawks on one-year deal worth up to $6.5M

It’s Rivalry Week! Here’s everything you need to know about the biggest games