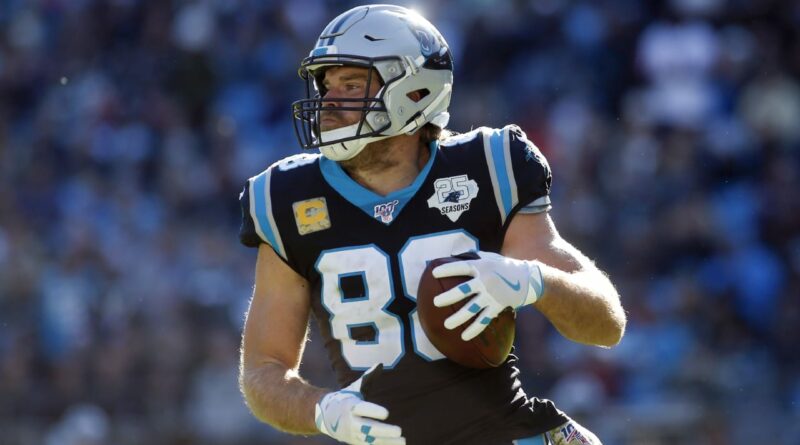 The tight end announced his retirement during FOX’s pregame show on Sunday ahead of the NFC Championship Game, effectively transitioning in real time from player to full-time broadcaster. Olsen will join FOX in a move that could be foretold for some time.

Welcome to the @FOXSports [email protected] announces his retirement from the NFL after 14 seasons as he gets set to start his career in the booth at FOX! pic.twitter.com/ccQaBy6r1S

Olsen finishes his career as one of the most prolific tight ends to ever play the game, heading into retirement with 742 career receptions and 8,683 receiving yards. Each landed him fifth all-time among tight ends, and his 60 career touchdown catches place him eighth.

Olsen’s career path was an intriguing one. The tight end was a product of the final years of the Larry Coker era at the University of Miami, and had performed well enough to garner a first-round selection. Taken 31st overall by the Bears, Olsen was seen as Chicago’s new go-to tight end, but never quite made the spectacular impact envisioned by the Bears when they spent the first-round pick on him.

With Olsen in line for a new deal, Chicago decided to trade him to Carolina for a third-round pick in 2011, where Olsen reached his full potential. Olsen went to three Pro Bowls, earned two second-team All-Pro selections and became the first tight end to record three consecutive 1,000-yard receiving seasons in 2014-2016. Olsen enjoyed his best single season in the Panthers’ best campaign in 2015, catching 77 passes for 1,104 yards and seven touchdowns as part of a ﻿Cam Newton﻿-led offense that powered Carolina to a Super Bowl appearance.

Olsen finished his Carolina portion of his career as the franchise’s all-time leader in receiving yards and receptions for tight ends before heading west for one more shot at a ring in Seattle. He overcame a ruptured plantar fascia to make it back in time for the Seahawks’ postseason appearance, and though Seattle failed to advance, Olsen still finished his career on a positive note, catching 24 passes for 239 yards and a touchdown in his final season at the age of 35.

Olsen has spent recent years getting broadcast booth reps and will be well prepared to step into his new role with an excellent on-field career of which he can be proud.