Later on Sunday, we may be having an extensive conversation about the field conditions at Hard Rock Stadium during the Miami Dolphins vs. New York Jets game. That’s because, according to a report from ESPN.com’s Adam Schefter, the field is in terrible condition after the Miami Hurricanes played against the Duke Blue Devils during a torrential rainstorm on Saturday.

“The field is horrendous,” Schefter quoted one source as stating. “It’s a complete s—show.”

“Heard it here first,” another source told Schefter. “The NFL is going to be in the news for the Jets-Dolphins game field playing conditions.”

As a University of Miami alumnus who actually watched a bunch of that Miami vs. Duke game on Saturday, I can confirm that the field was seemingly in awful condition throughout. It seems wildly unlikely that conditions will have greatly improved overnight, so the Dolphins and Jets will absolutely be playing on a field that should probably not be hosting an NFL game just one day after a college game in the first place.

For their part, the Dolphins released a statement after the University of Miami game regarding the field conditions. “The field today was safe to play on, but was not up to the standard we expect from a playability standpoint. It was a new field for this game that was put in earlier in the week. We’re working to rectify the situation and expect better conditions moving forward.”

According to Schefter, among the complaints are that the field doesn’t drain and the grass is poor quality. Another complaint was that the field will apparently be in poor condition when the Jets visit Miami for the second straight season. Why the specific opponent matters here is strange. The field shouldn’t be in poor condition for anybody. And since the league knows the field tends to be torn up when a college game is played there on Saturday, they should probably just try to avoid having games there on back-to-back days. 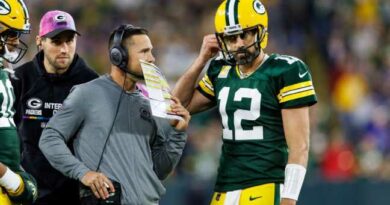