Home » NFL » Heisman Trophy race in 2021 is intriguing, unpredictable and full of quarterbacks 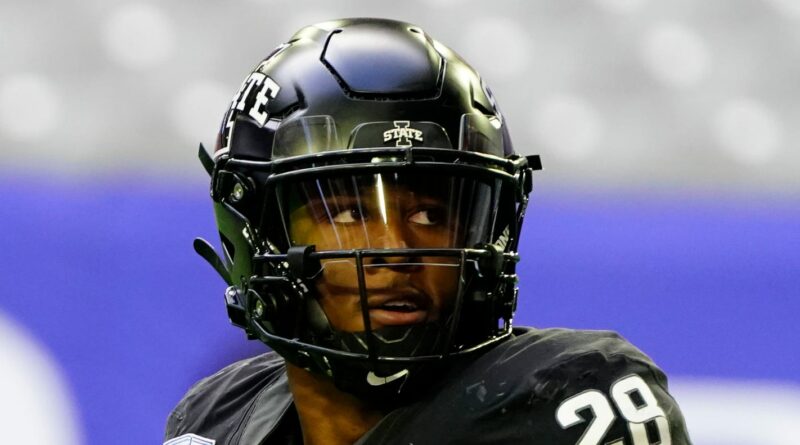 It's rare to have a complete reset of the Heisman Trophy race from one season to the next. But with none of this year's top-five finishers projected to return in 2021, the chase for next season's Heisman is wide open and unpredictable.

Only once since 2003 has none of the top five not come back the following year.

Three of the top five are seniors: Alabama wide receiver DeVonta Smith, who made 98 receptions during the regular season to become the first player to win the Heisman primarily as a wide receiver since 1987; Florida quarterback Kyle Trask, who finished fourth; and Alabama running back Najee Harris, who came in fifth.

The other two finalists are draft-eligible juniors expected to strike out for the NFL draft. Alabama quarterback Mac Jones would take advantage of his soaring draft stock. Clemson's Trevor Lawrence is projected to go first overall to the Jacksonville Jaguars and has already said this will be his final college season.

That leaves several returning quarterbacks and skill players in the mix for the 2021 Heisman with no clear favorite heading into the offseason.

(This list excludes non-seniors who are expected to forego further eligibility, such as Jones and Ohio State quarterback Justin Fields, as well as players who already have  announced their draft intentions, such as Lawrence and Florida tight end Kyle Pitts.)

After throwing five interceptions in the first four starts of his redshirt freshman season, Rattler tossed just two picks against 15 touchdowns the rest of the way to pace Oklahoma's latest Big 12 championship and blowout of Florida in the Cotton Bowl. His development over the course of the year strongly suggests Rattler will be the latest OU quarterback under coach Lincoln Riley to make a run at the Heisman.

It's rare for any quarterback to be labeled a Heisman contender without having spent at least one full season as the starter, especially one with just two career starts. But those were some impressive starts: Uiagalelei went for 781 yards and four touchdowns without an interception in games against Boston College and Notre Dame.

Slovis will be the designated Heisman favorite coming out of the Pac-12 as he heads into his third year as the Trojans' starter. What are two keys to a successful candidacy? One will be USC's efforts to develop new contributors at receiver after losing key pieces from this year's rotation, including all-conference pick Amon-Ra St. Brown. Another is to get over the hump against Oregon and win a conference title — six of Slovis's 16 interceptions in his first two seasons have come in two games against the Ducks.

Production alone won't win Howell the Heisman, though the high probability that he throws for 35 or more touchdowns and contends for the national lead in every major statistical category will make the rising junior an elite Heisman contender. With so many other quarterbacks in the mix, the question for Howell is whether UNC will take another step forward and compete for the playoff. If so, that combination could make him the player to beat.

EXTRA HEISMANS?  What happens to those Heisman trophies?

Hall will come back as a junior after leading the FBS in carries (279) and yards (1,572) and finishing second in rushing touchdowns (21). The nation's most proven back set to return in 2021, Hall will bring far more name recognition into next season and should begin the year as a consensus preseason All-America selection.

Robinson exploded in the last month of his true freshman season as the centerpiece of the Longhorns' offense, running for 542 yards (11.1 yards per carry) and four touchdowns. The chance to get more touches as a sophomore and be part of new Texas coach Steve Sarkisian's offensive system makes Robinson an interesting Heisman contender.

Ridder will be the most high-profile skill player in the Group Five next season after averaging more than three touchdowns per game in leading Cincinnati to the Peach Bowl. There is some question about whether he'll leap to the NFL, especially as teams look for passers with experience running offenses with run-pass-option traits. Given the way he closed this year, Ridder would be expected to put up huge numbers in 2021.

King will need to bounce back from the ACL tear suffered in last week's Cheez-It Bowl, which is expected to keep him sidelined until the start of fall camp. When back at full strength, King will build on the 23 touchdowns and 3,224 yards of total offense he accumulated during his first season with the Hurricanes.

A quiet sophomore season will yield a breakthrough 2021 for one of the most promising defensive prospects to come through LSU in the last 20 years. What makes Stingley an intriguing Heisman contender is the thought that he could be used as an offensive weapon. LSU coach Ed Orgeron said this offseason that Stingley would stay on defense in 2020 before being used on both sides of the ball as a junior.

All the talent is there for the former five-star recruit to slide seamlessly into the starting lineup, but questions remain. Most are related to personnel: Alabama's going to be rebuilding at every position group on offense, leaving Young without the key pieces behind this year's offensive juggernaut. There's also the question of who Nick Saban hires as his offensive coordinator and what direction that might take the offense. Even still, Young is a safe bet to contend for all-conference honors.

Ranking the No. 1 college football recruits in the ESPN era