Home » NFL » How does a GM know if they are ready for the NFL draft? 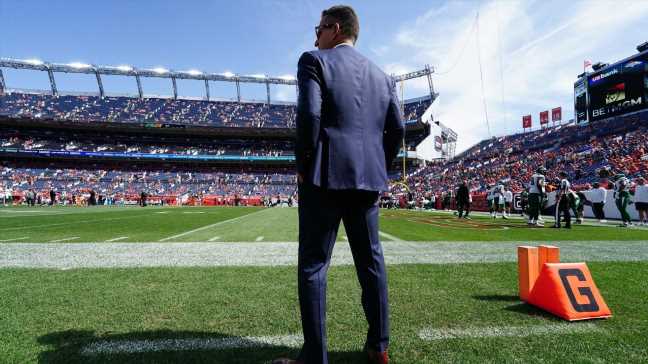 NFL personnel departments spend the year putting together a draft board they’ll largely use for only three days in April.

They take hundreds of names, thousands of hours of evaluation, more than a little hearty debate, piles of airplane tickets, interviews, miles traveled to practices and games, and it’s all tossed into a blender of sorts to find the line — the line between doing all of the due diligence that can be done and information overload.

Or as former Pittsburgh Steelers and Buffalo Bills general manager Tom Donahoe once said: “You don’t want to get to a point where you can’t remember why you liked the guy in the first place.”

But hey, it’s the information age. An avalanche of data is available on draft prospects from the top to the bottom of the board.

Their games, their medical information, their background checks, psychological evaluations, face-to-face interviews, pro days, the scouting combine are all boiled down by each team. Then they grade and stack the players, so they’re ready to select the ones they hope for in the draft when their draft picks roll around.

“But it can certainly be paralysis if you let it be,” said Denver Broncos general manager George Paton. “The simple fact remains, if all the things check out you saw in the games, and there are no significant red flags — a 4.8 40 for a receiver, an off-the-field issue, character flag, a medical flag, whatever it is — you go back to the tape and how he fits on the field. But at some point, you have to work through all the data and leave it, because if you don’t, you could hinder your ability to make the call when you have to make a call.”

The tough part is few, if any, personnel executives in the NFL rose to the job without digging for and working through as much information about players as they could find. They like — no they love — information. They covet and cherish good information, and the success in getting it can often determine how a draft class looks three or four seasons after it was selected.

“You are going to vet the entire draft class,” Cleveland Browns general manager Andrew Berry said at the combine. “As much as we like to think that we can predict how the outcomes are going to happen at the top of the draft, the reality is we are all guessing — we are making educated guesses.

“The importance of being prepared, being flexible and being able to pivot does not change whether you have one first-round pick or three first-round picks. … I think that is probably where more of the time is spent, based on the players who would probably be available in the ranges that you would pick high, as opposed to the actual individual preparation regarding the current prospects.”

While the impact of analytics on player evaluations varies from team to team, most anyone with the job of making the selections during the draft often say the best way to find comfort is to always work back to how the player actually played on the field.

Workouts, 40 times, character evaluations, medical exams and pro days are among the components that must be considered and can, at times, affect where a player ends up on a team’s draft board. But the biggest part of the grade — often 75-80%, depending on which personnel executive is asked — is based on how the player performed when his helmet was on.

And while an NFL general manager may feel awesome about how they, and their staff, have predicted things will go in the draft, they have no control over how the other 31 teams will handle their business. If, like grief, there are five stages of draft prep, “acceptance” of that fact has to be one of them.

“We feel good about our ability to analyze who’s available and how they would impact our team early,” Cincinnati Bengals director of player personnel Duke Tobin said when asked about his approach to picking at No. 31 in the first round this year after a Super Bowl appearance, compared to earlier in the round. “When you take a guy in the first round, you want an impact. So we’re going to see what’s available to us because there’s obviously going to be 30 guys gone that we don’t get to decide who that is.”

Get it all on the table, work through it, and in the end, come to a decision about where the player fits when the board is stacked.

“Look, you want the data, I love the data, I love information, the more the better,” Paton said. “But by the time we finish our group studies, when we’ve sorted through any spots where we’re not on the same page for any reason at all and need to dig in — character, medical, workout, you name it — then I’m good. And that’s ultimately your goal, so that by the time you actually get to the draft, you’re good.” 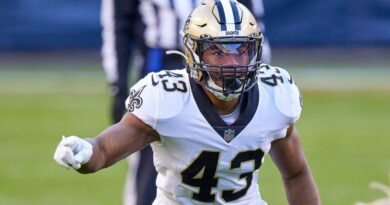