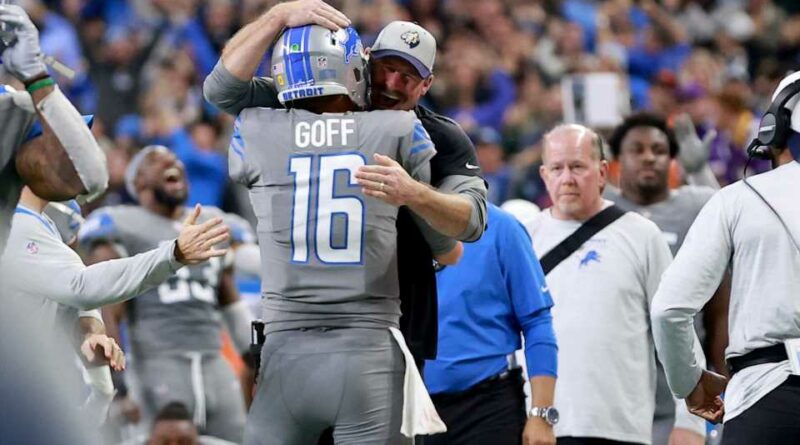 Dan Campbell nearly blew the Lions’ chances of beating the Vikings in Week 13. Detroit led for a majority of Sunday’s game but it found itself down in the final minutes after a questionable coaching decision by Campbell.

The Lions led 23-21 with 4:08 remaining in the fourth quarter. Detroit was facing a fourth-and-1 on its 28 when Campbell called a timeout.

Campbell then made a bold call: the Lions were going to go for it. They tried a play-action fake with Jared Goff. It didn’t work and he fumbled the opportunity away.

“I felt like I needed to be aggressive a little bit today just knowing the nature of their offense,” Campbell told reporters after the game. “I felt like we could get that. It didn’t work out.”

The play’s failure gifted the Vikings excellent field position at the Detroit 21. Minnesota was almost guaranteed to take the lead. It would at least be able to kick a short field goal to take a one-point lead.

The Vikings scored a go-ahead touchdown with 1:50 left when Kirk Cousins found Justin Jefferson open in the back of the end zone on third-and-goal from the 3.

That Vikings went up 27-23, but Campbell pointed out one positive.

“At least we’re guaranteed to get the ball back,” he said.

Still, it didn’t seem likely that the Lions would overtake the Vikings. After all, Detroit had no timeouts and it hadn’t been successful in previous attempts to close out close games.

But the Lions surprised many people Sunday. They were able to deliver a game-winning drive led by Goff.

It came down to the last play, the 14th of the drive. Goff found Amon-Ra St. Brown for an 11-yard touchdown as time expired.

That catch ensured that the Lions wouldn’t be the first NFL team to go winless during a 17-game season. It also absolved Campbell, who would have faced criticism from a bevy of people had his overly aggressive play call led to the team’s 11th defeat and 12th game without a win. 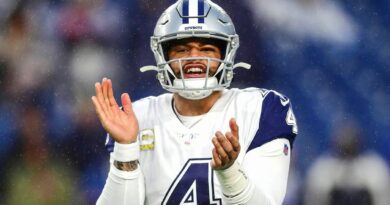 From Dak Prescott to Chase Young, the NFC East in 2021 is up for grabs