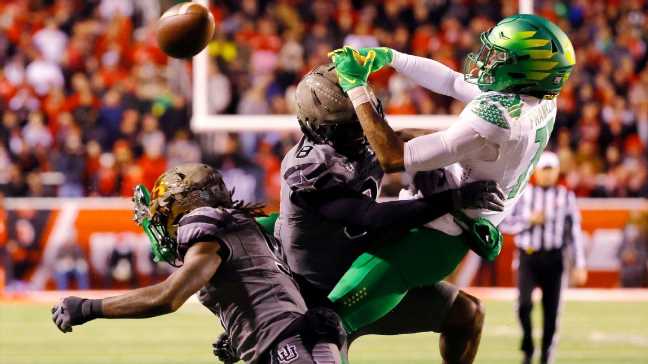 It’s time for a shake-up.

No. 3 Oregon will tumble out of the top four on Tuesday after getting blown out Saturday night at Utah — its second Pac-12 loss of the season — and open the College Football Playoff race to a handful of teams that were just waiting and hoping for yet another upset at the top.

Their chances of entering the debate on Selection Day, Dec. 5, just got better now that the Pac-12 and ACC champions are both guaranteed to have at least two losses.

The immediate impact of Oregon’s loss could be glaring on Tuesday when the selection committee releases its fourth of six rankings. While No. 1 Georgia holds steady, Ohio State could rise to No. 2 after hammering Michigan State, Alabama could sink one spot to No. 3 after a close win against Arkansas, and No. 4 could be historic — or wildly unpopular — for Cincinnati fans.

It’s very possible Cincinnati becomes the first Group of 5 team ranked in the selection committee’s top four — both because Oregon lost but also as a reward for an undefeated season that still includes a win at Notre Dame. Or, the selection committee could put Michigan at No. 5 because it considers the Wolverines to be the better team against a more difficult schedule.

It could ultimately be a moot point for Cincinnati, because Ohio State and Michigan still have to play each other on Saturday in what has become one of the most important games of the season. If the committee ranks Michigan ahead of Cincinnati now, though, that further legitimizes the possibility it could happen again with another Power 5 contender on Selection Day.

Cincinnati was certainly helped by Oregon’s loss, but the Bearcats weren’t the only ones. Here’s a look at how they, along with the Fighting Irish, a one-loss Big 12 champion and even two-loss Alabama could benefit from Oregon’s defeat. 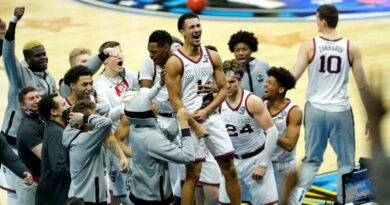