Mack was listed as questionable with an ankle injury after missing last weekend’s win over the Jets. He’s inactive and will not play in today’s game against the Bills in Buffalo.

In six games this season, the fifth-year pass-rusher has 20 tackles, five sacks, four forced fumbles and an interception.

Other injury news we are keeping an eye on Sunday:

1. Baltimore Ravens running back Alex Collins, who missed practice on Thursday due to soreness in his foot and is listed as questionable, is active and will play today against the Steelers.

2. Denver Broncos running back Royce Freeman, questionable with an ankle injury, is not expected to play against the Texans, according to Rapoport. The Broncos are on a bye next week, which should give the rookie out of Oregon two weeks off to recuperate.

4. Green Bay Packers wide receiver Randall Cobb (hamstring) is expected to play against the Patriots in Foxborough, per Rapoport.

5. Kansas City Chiefs linebacker Justin Houston (hamstring) will not play against the Browns in Cleveland.

6. Los Angeles Chargers running back Melvin Gordon, listed as questionable with a hamstring injury, is expected to play against the Seahawks in Seattle, per Rapoport.

7. Miami Dolphins wide receiver Kenny Stills, listed as questionable with a groin injury, is active versus the Jets. Cornerback Xavien Howard (ankle) is also good to go against the Jets.

8. Seattle Seahawks running back Chris Carson (hip) is a game-time decision against the Chargers. The team is optimistic that he plays, but they want to test him out in warmups beforehand, according to Rapoport.

10. The Minnesota Vikings running back Dalvin Cook (hamstring) will play today against the Lions. Wide receiver Stefon Diggs (ribs), however, will not play and is listed as inactive. The Vikings elevated receiver and preseason fan favorite Chad Beebe to the active roster and waived tackle Storm Norton.

11. Los Angeles Rams cornerback Sam Shields, who did not travel with the team to New Orleans because of an illness, arrived Saturday and could play against the Saints, a source told NFL Network’s Steve Wyche. 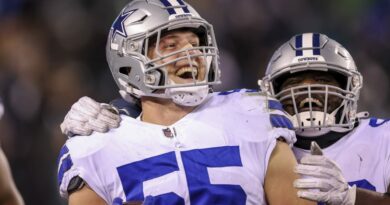