It appears that Tua Tagovailoa will be back behind center for Miami.

The Dolphins quarterback is expected to be back in as the starter today, assuming all goes well in warmups, according to NFL Network Insider Ian Rapoport.

In anticipation of being back in the lineup, Tagovailoa took most of the first-team reps this week.

Tagovailoa suffered the thumb injury to his throwing hand in practice on Nov. 25 and missed last week’s game against the New York Jets. Ryan Fitzpatrick got the start and led Miami to the 20-3 win.

The Dolphins are 3-1 in Tagovailoa’s four starts. The rookie out of Alabama has passed for 602 yards and six touchdowns this season.

Other injury news we are keeping an eye on ahead of Sunday’s Week 13 games:

Voting for the 2021 Pro Bowl is now live! Cast your ballot for your favorite players. 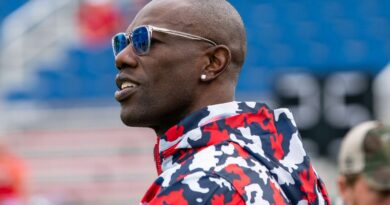