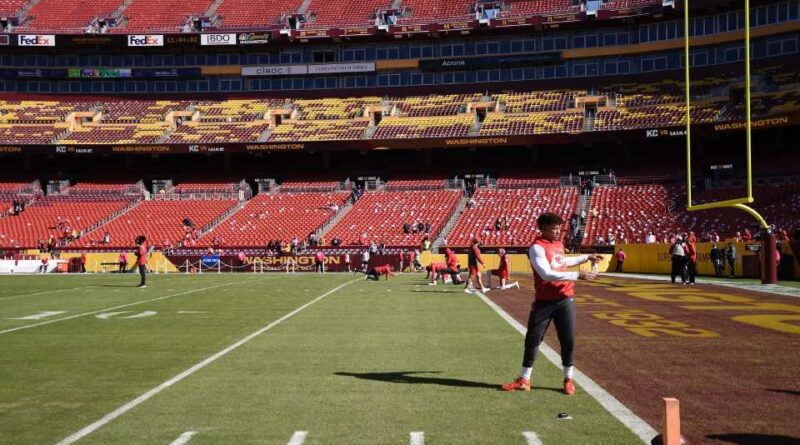 Chiefs quarterback Patrick Mahomes’ family attended Kansas City’s 31-13 victory over Washington at FedEx Field on Sunday. Their location was on the sideline, on top of a painting of late Washington star Sean Taylor’s newly retired No. 21.

Mahomes’ younger brother, Jackson, is known for TikTok dances. He decided to make a TikTok while standing on the sideline and directly over the “21.”

Taylor’s number was retired Sunday in a halftime ceremony. Washington fans have been calling for the jersey retirement since Taylor was killed by a home intruder in 2007. Because it was an emotional day for Washington fans, many of them responded to Jackson Mahomes’ TikTok negatively, calling it “disrespectful” to Taylor.

Jackson responded on Twitter. He apologized for “accidentally being on” Taylor’s number and said that he and other family members were told to stand there. He didn’t reference his dancing in his tweet.

The Mahomes crew wasn’t “accidentally” on the memorial number if it was assigned to the section. There were ropes around the number. Patrick Mahomes’ fiancee, Brittany Matthews, and Travis Kelce’s girlfriend, Kayla Nicole, were also in the area.

This is at least the second time this season Jackson Mahomes has angered opposing fans. He dumped water on Ravens fans after Kansas City’s win at Baltimore on Sept. 19. He was caught on camera doing this, and his actions were called “disrepectful” then, too. 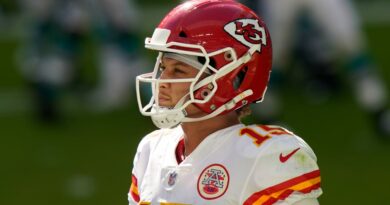 Chiefs QB Patrick Mahomes: 'The only record I have my eyes set on breaking' is going 20-0 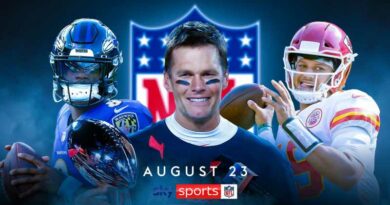