Home » NFL » Jackson wants all QBs protected: ‘Not just myself’ 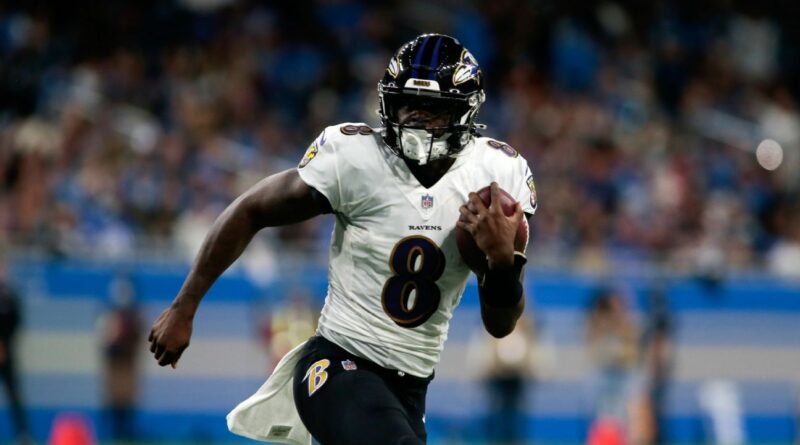 This comes three days after Jackson retweeted fans who complained that the 2019 NFL MVP was not getting flags for some late hits in Sunday’s 23-7 win in Denver.

“I just feel we should be protecting all quarterbacks in the league, not just myself,” Jackson said Thursday. “Everyone should be included in that, especially while we’re in the pocket — our leg area and stuff like that. Football is football. Guys get aggressive sometimes. Stuff happens. Probably don’t mean it. I’d like the ref to throw the flag, though, if they catch it.”

Jackson has not taken a roughing-the-passer penalty on his past 600 dropbacks. Ravens opponents have been flagged for roughing the passer seven times in Jackson’s 41 starts but none since December 2019.

The Ravens have been relying more on Jackson’s arm over the past two weeks, when he has thrown a total of 68 passes. It marked the first time in Jackson’s four-year career that he has passed over 30 times in back-to-back games.

Jackson scoffed at the suggestion of wearing more pads to protect himself better in the pocket.

“I feel like if I put on extra pads and stuff like that, I’ll be looking like a Transformer,” Jackson said. “I don’t want to be slowed down.”

Jackson practiced Thursday after sitting out two practices last week with a sore back.

Right before Jackson spoke to reporters, Ravens coach John Harbaugh said that no player is at 100% at this point in the season.

Asked what percentage he was feeling, Jackson said with a smile, “Probably 101.” 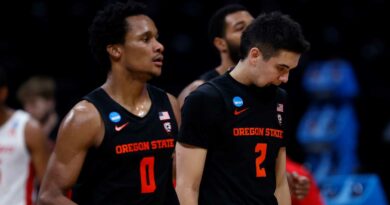