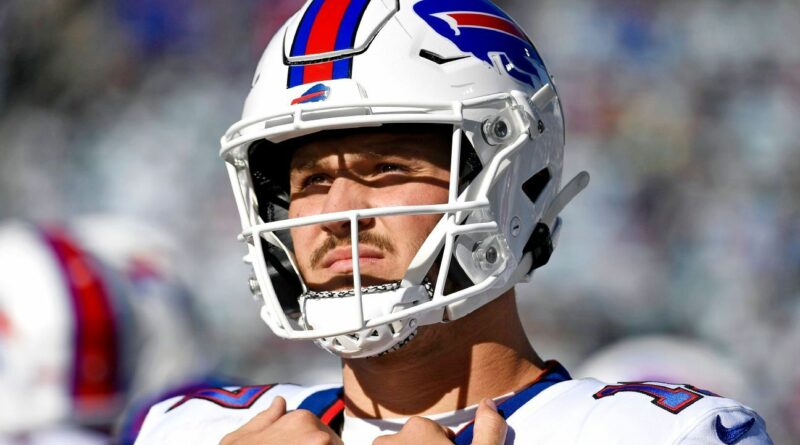 JACKSONVILLE, Fla. — Quarterback Josh Allen was blunt with his assessment of the Buffalo Bills’ performance in the 9-6 upset loss to the Jacksonville Jaguars.

“Credit to them. They came out, they wanted it more,” Allen said. “We had a lot of little things add up to big things. I put the ball in danger too often. Hit us in the butt. Played like s—, excuse my language, but that starts with me.”

The Jaguars earned their second win of the season by ending a streak of 25 straight games allowing 21 points scored, according to ESPN Stats & Information research. The Bills closed as 15.5-point favorites, making the Jacksonville victory the fourth-largest road upset loss in the NFL since 1966.

“Got to be smart with the football and end every drive in a kick,” Allen said. “Understanding how our defense was playing, not giving them short field. Again, I got to be better. I played like s— today.”

The quarterback threw two interceptions for the first time this season and had one fumble. It was his first game with three turnovers since a 2019 loss to the New England Patriots, which was also the last game that he threw no passing touchdowns to go along with multiple interceptions.

The Bills were without two starting offensive linemen because of injuries — right tackle Spencer Brown and guard Jon Feliciano — and it showed. Allen finished the day completing 31 of 47 passes for 264 yards, and ran for 50 yards on five carries. Buffalo’s running backs, who have struggled this season, didn’t help matters. They were held to 22 yards on nine carries.

“I was just looking on their sideline, and one thing I know was like, they don’t have the same energy as us,” cornerback Shaquill Griffin said. “I feel like if you feel like one team deserved this win, it’s us, but you’ve got to believe that. That’s one thing I kept preaching at everybody else. Look on the sidelines, watching them walking around, it’s like they don’t care. They don’t deserve this. Let’s show them why.”

The Bills started the game with two field goals, but then punted the ball or had a turnover on every ensuing possession until the last, which ended on downs. Despite several opportunities to take command of the game, the Bills offense was unable to get on the board in the second half.

The Jaguars defense made a key early stop that prevented the Bills from taking a first-quarter lead by forcing Buffalo to kick a 24-yard field goal after having the ball at first-and-goal from the Jaguars’ 3-yard line.

But Lawrence came back out before the half ended and played the remainder of the game. He’ll be monitored closely throughout the week as the Jaguars prepare for Sunday’s game at Indianapolis.

“I’m feeling a little bit better,” Lawrence said after the game. “Scanned it. Nothing concerning there. See how it feels tomorrow and the rest of the week. I’m sure it’s going to be sore. We’ll see. Just get a bunch of treatment and try to get back healthy.”

Jacksonville coach Urban Meyer said his heart dropped “just like everyone in that stadium” when he saw Lawrence on the ground grabbing his ankle and he wanted to make sure the top overall pick was okay before letting him back on the field.

“He was ready to fight me when I wouldn’t let him in,” Meyer joked. “I had to remind him I’m still his coach.”

Who is Robert Kraft? Here’s a look at the New England Patriots owner