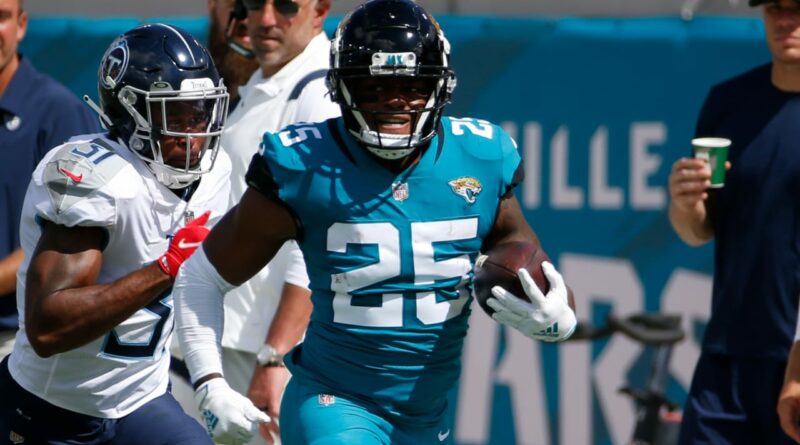 Robinson did not practice Wednesday or Thursday, participated only on a limited basis Friday, and was listed as questionable to play.

Backup Carlos Hyde figures to get the start for the Jaguars.

It’s a major blow for the Jaguars, as Robinson has been integral in providing some balance to take pressure off rookie quarterback Trevor Lawrence. Jacksonville’s offense has struggled overall, but when it’s been at its most effective, Robinson has been a focal point. He’s rushed for 482 yards on 88 carries (5.5 per carry) with five touchdowns on the season.

With 33 carries for 140 yards, Hyde has been Robinson’s primary backup this season.

“We have a lot of confidence in Carlos. I have great history with him, and he has played well this year,” coach Urban Meyer, who coached Hyde at Ohio State, said Friday. “He has done what we’ve asked him to do, but you’re down arguably your most productive player on offense.”

‘The world is going to need football’: Lincoln Riley keeps an open mind about 2020 season