Jalen Ramsey wants out from the Jaguars, and it looks like the 24-year-old, two-time Pro Bowl cornerback will get his wish very soon.

Much like Miami did with recent first-round defensive back Minkah Fitzpatrick on Monday night, Jacksonville won’t need to wait long for the right price to move Ramsey. And teams shouldn’t hesitate to give up another future first-round pick for him.

According to an ESPN report, one NFC team and one AFC team are most interested in upgrading their secondary with Ramsey. Let’s hope those two teams are the Eagles and the Chiefs.

The Eagles, who were in the mix for pass rusher Jadeveon Clowney before he went from the Texans to the Seahawks, are in total win-now mode. Philadelphia won’t be winning anything big — such as another Super Bowl — with that mess of a secondary. For a team that likes to blitz in key situations, a shutdown corner to leave “on an island” would be invaluable to defensive coordinator JIm Schwartz.

WEEK 3 NFL PICKS: Against the spread | Straight up

The Cowboys made their splash move by acquiring wide receiver Amari Cooper, and it has paid off by transforming their passing offense with Dak Prescott. The deal is what allowed them to edge the Eagles for the NFC East title last season and makes them a mild favorite this season. It makes total sense for the Eagles to make a 2019 counter with Ramsey, also a direct way to neutralize Cooper in their upcoming head-to-head matchups with Dallas.

The Chiefs also are pretty bad in the back end. In Week 1, they saw first-hand what Ramsey could do in trying to contain their explosive passing game. Steve Spagnuolo is an astute 4-3 blitzer like Schwartz and Ramsey will allow for a lot more creativity in that department.

The Patriots made their splash move by acquiring wide receiver Antonio Brown, and it makes their passing game very hard to stop when also needing to cover Josh Gordon and Julian Edelman. The deal is what has made them a heavy favorite to win another Super Bowl with Tom Brady at the controls.

As good as the Chiefs have looked with Patrick Mahomes, arguably better offensively than last season, they need to get over the Patriots hump to get to the Super Bowl. Having Ramsey in the mix against Brown can be the slightest defensive difference, both in the regular-season matchup with home field on the line and the looming AFC championship rematch.

Philadelphia and Kansas City can fit Ramsey’s rookie contract in now and also have the potential to lock him up to a lucrative long-term deal later. At this point, they aren’t favored to finish ahead of their respective division and conference nemeses.

Every contender should want Ramsey’s services if they are remotely in need of them. It’s clear that no teams need him more than the Eagles and Chiefs. 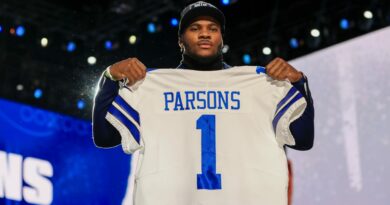 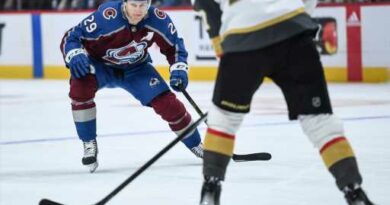 Grading the Week: Is Nathan MacKinnon now a luxury item for the Avalanche?