Jamal Adams is dead-set on Dallas.

In an Instagram video posted over the weekend, someone had spotted the All Pro safety (and potential future former Jet) in his car, when the person asked Adams whether he was “coming to Dallas.”

A move to Dallas won’t be easy, as the Cowboys are going to be up against the cap number. And with Dak Prescott and Dallas reportedly negotiating a long-term contract extension, it’s unclear where Adams is going to get his big payday.

The Jets-Adams breakup has been brewing since late 2018, with Adams openly criticizing the Jets’ roster and the powers that be for having a weak roster devoid of “dogs.” The team went to great lengths to get Adams those “dogs” in Florham Park, signing C.J. Mosley, Le’Veon Bell and Jamison Crowder before the 2019 season.

The relationship between player and team was further fractured around the trade deadline in 2019, when Jets general manager Joe Douglas reportedly answered trade offers for Adams, but put the price so high that he was considered virtually untouchable.

Really, to a certain point, you understand Adams’ frustrations. He’s been a winning player his entire football life, a vocal leader on the front lines of championship-caliber teams through college. Unfortunately, that hasn’t been the case with the Jets, as they’ve finished under .500 for the three seasons he’s been on the team. The Jets are a “maybe” playoff contender for the upcoming season, which clearly isn’t good enough for Adams, whose desire to be traded to a championship contender is apparent.

While the Jets aren’t contenders, Douglas has never been short to praise Adams in public when it comes to his talents and has been adamant that the plan is for Adams to stay a Jet for life.

It certainly seems like Adams hasn’t read the situation well. Good NFL general managers answer calls for players all the time. Douglas is in Year 2 of his plan to build a title contender, and the team has little impetus to rush a contract extension with a less-than-premium defensive position on the field.

Of the 2017 draft class, not even Deshaun Watson or Patrick Mahomes has received a contract extension yet, and Mahomes just came off a Super-Bowl winning season and is a former league MVP. Only Christian McCaffrey has gotten an extension, and even that was met with some skepticism.

For a player who has often said he loves facing adversity, it’s certainly a message to send when you want to be the first sailor jumping off a sinking ship. Even then, equating the Jets to a sinking ship — or a crashing plane, if you want to stay on brand here — is inaccurate.

In a 7-9 year, the Jets finished strong, going 6-2 in their last eight games with quarterback Sam Darnold showing flashes of being the answer to the quarterback question the Jets have been asking for decades. Douglas has garnered praise from all corners of the NFL sphere for his approach to roster building, including his handling of the Adams situation. And even Adam Gase — who certainly has critics and deserves criticism — deserves a small bit of credit for helping navigate a team from a 1-7 start to a 7-9 finish.

So either there’s a massive disconnect between the public, front-facing persona that a first-time GM is displaying or Adams just wants to wear a new uniform in 2020.

It’s not going to be easy for either side, though: Adams wants to be paid top dollar, upwards of $17 million per year (and some reports have said Adams wants more than $20 million per season), while the Jets have little reason to pay him that money in the immediate. While Adams is two-time All Pro, he’s under team control for two more seasons, giving the Jets all the leverage in the world.

To that end, it’s apparent that Adams has put the Jets in an impossible situation: The organization clearly admires, respects and appreciates Adams and his talents, but given the uncertainty of the future salary cap, Adams’ reported exorbitant contract demands and his apparent desire to escape from New York, there’s no clear flight path for New York moving forward.

Had the Jets truly wanted to trade Adams, he would have been gone by or during 2020 NFL Draft, when the organization certainly would have had suitors; that New York held onto Adams after the draft should tell you that the organization has minimal inclination to trade him.

After all, various reports — and Douglas himself — have said that the team has no plans to trade Adams. Will that mean they’ll satiate his contract demands? Or just continue to play hardball? While Adams’ camp reportedly said it was expecting a contract offer to come from the Jets early in 2020, it sounds like he’s going to have to wait longer.

Adams has made the situation more complicated than it needed to be. Players certainly deserve to find the best situation for themselves, but maybe Adams should showcase as much awareness at the negotiating table as he does on the football field. 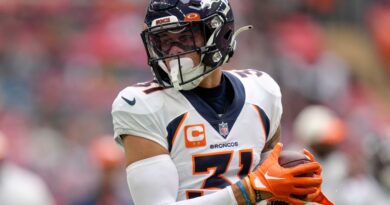 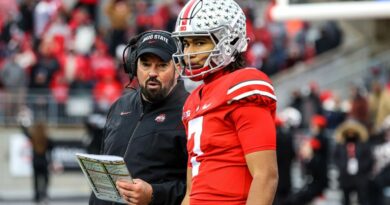 The pressure and opportunity that come with a second chance for Ryan Day and C.J. Stroud