Home » NFL » Ja'Marr Chase to critics after Week 1 performance: 'I like to tell them, "Enjoy the show"' 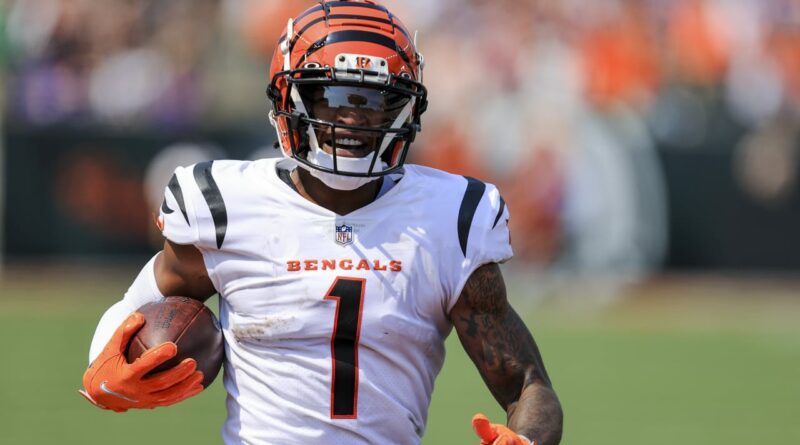 All the preseason and training camp consternation surrounding Ja'Marr Chase was washed away in Week 1 as the first-round WR carved up the Minnesota Vikings to the tune of five receptions for 101 yards and a touchdown.

The performance came after a drop-filled preseason and reported struggles during training camp.

Joining Good Morning Football on Wednesday, Chase was asked what he’d say to the naysaying critics who harped on his preseason struggles.

“I like to tell them, ‘Enjoy the show.’ That’s all I can tell them,” he said. “A lot of news coming. I’ve been hearing this since I was young, you know what I’m saying? But I’m not worried about it. This is my job right here, and my job is to catch the football and make plays. So I’ma let them sit back and enjoy the show.”

“I’m not gonna say it was easy, but it sure did look like it, you know what I’m saying,” Chase said. “But everything that we practiced, it came real easy to us. But I’ve got to get faster and better on that game speed of course, lining up faster, knowing what I’ve got to do quicker and faster. So that’ll help me to be even more better on the field.”

Chase had more receiving yards in his NFL debut than any of his fellow LSU WRs, Odell Beckham Jr. (72 yards, TD), Jarvis Landry (49 yards), or Justin Jefferson (70), had in their first two games combined.

After his draft-day declaration that he planned to break every franchise record, the rookie receiver played it a little more conservative after his big Week 1.

Facing a Bears defense that got burned for 321 yards and three TDs through the air by the Rams in Week 1, the Joe Burrow﻿-Ja’Marr Chase combo could be in for another big afternoon in Week 2. 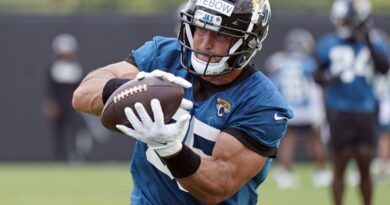 Hill returns to action with 2 TDs in Chiefs’ loss