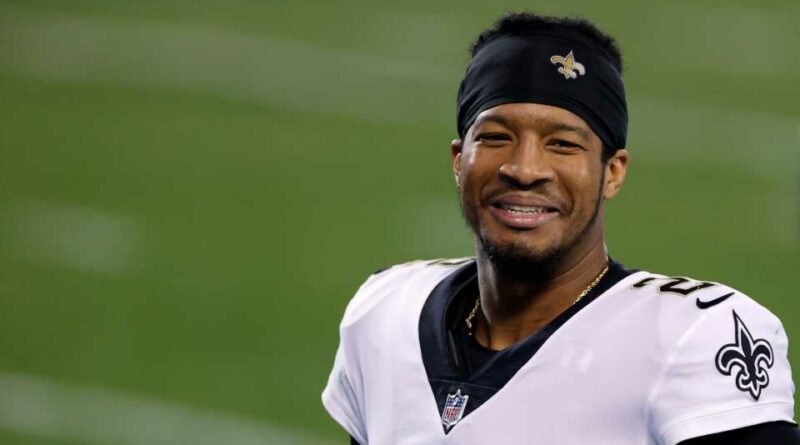 Drew Brees may be retired, but Jameis Winston will be taking him with him into the future.

Winston spent a year on the bench behind the recently retired Saints starter, assumedly learning behind one of the best to ever do it, and clearly that impact was felt. In a video posted by the Saints on Tuesday, Winston confirmed as much, getting teary-eyed and emotional when discussing the impact that Brees had on him, his career and even his family.

Being able to have an entire season with Drew Brees was a dream of mine. And for him to put his arm around me, just give me any encouraging words, after I saw the resilience, the passion, the way that he went and approached every single day, for that to even be a story, I was touched by that, because he doesn’t even know how much he means to me and my family, for real. But I’m not even gonna share what he shared with me. I don’t even remember.

Then, having a chance to play in the playoffs? After, like, winning a playoff game, getting a chance to throw a touchdown in the playoffs. Like, I love football. That’s all I’ve done my entire life. And someone that I look up to, that I admire, that I could touch, was my teammate, and I had a chance to serve him? Like, man, I’m speechless. That really gets me emotional, because I really love Drew Brees. Like, I don’t think he understands. I know my wife do, I know my family do. Y’all don’t understand the impact that him and a lot of other quarterbacks had on me as a quarterback, growing up in Bessemer, Alabama.

Y’all don’t ever understand, a lot of people don’t understand the human aspect of an athlete, but — nah, man. Just know I love Drew Brees, for real, like I really do. I was just happy that I was able to witness what he did.

Winston spent the 2020 season as Brees’ backup, though he got limited snaps when Brees was injured, with head coach Sean Payton opting for Taysom Hill as quarterback instead. Winston re-signed with the Saints this offseason, leading to expectations that he may be named Saints starter in 2021 if he wins a camp battle with Hill.

And if that happens, expect Brees’ influence to carry through the 2021 season.

Raiders to San Diego in 2019? Three things to know about the team’s odd situation