Home » NFL » Jared Goff not yet ruled out, playing expected to be challenging vs. Seahawks 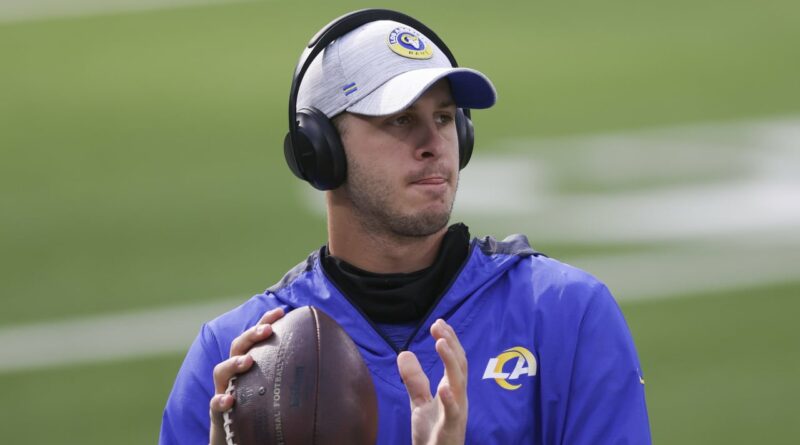 The Rams won their way into the playoffs, and there’s still a chance their franchise quarterback returns in time for Los Angeles’ Saturday playoff game.

Though ﻿Jared Goff﻿ has not been ruled out for the Rams’ wild-card game against the Seattle Seahawks, it is expected to be challenging for him to play, NFL Network Insider Ian Rapoport reported. Goff was able to throw Sunday, per Rapoport, but with the Rams heading to the Pacific Northwest this weekend to a city expected to see a high temperature of 47 degrees with a chance of evening rain, the conditions aren’t expected to be conducive for playing — and throwing — through pain.

If Goff can’t go, it’ll mean another start for ﻿John Wolford﻿, who made his first career start Sunday in the win over Arizona. Wolford’s first outing got off to a terrible start, throwing an interception on his first career attempt, but the quarterback bounced back, completing 22 of 38 attempts for 231 yards and using his legs to make an impact, leading the Rams in rushing with 56 yards on six attempts. The Rams dominated time of possession, forced a turnover and benefitted from an unfortunate aggravation of ﻿Kyler Murray﻿’s leg injury, which forced backup ﻿Chris Streveler﻿ into action for a portion of the game.

They can expect a much greater challenge from the Seahawks and ﻿Russell Wilson﻿. Despite the ongoing pandemic robbing Seattle of its usual home-field advantage, the weather could come into play when it relates to Goff’s availability. A postseason game as a second career start is no easy task for any quarterback, but it seems as if it might end up being the one presented to Wolford. We’ll learn this weekend whether he’s up for the challenge.