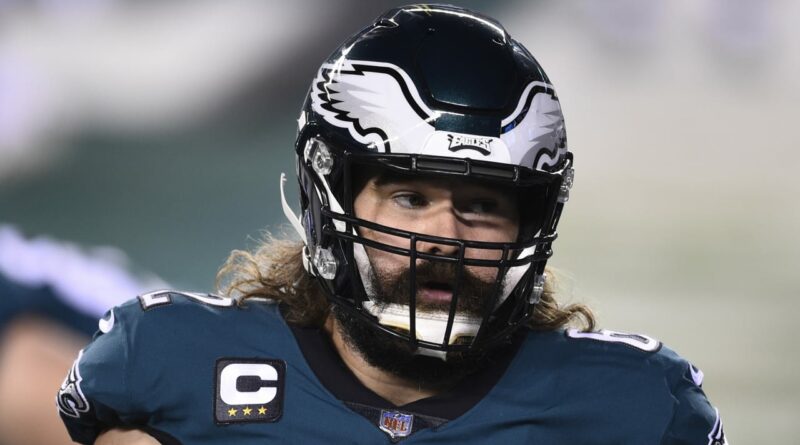 After parting ways with many key pieces of their Super Bowl LII-winning team, the Philadelphia Eagles are in a transition period.

With a new coach in Nick Sirianni, a completely new staff and a new quarterback in ﻿Jalen Hurts﻿, the Eagles are amid a changeover from the previous regime. Just don’t call it a rebuild.

Veteran center ﻿Jason Kelce﻿ noted that despite all the new pieces and being in a “transition period,” the Eagles are still in a position to compete in the NFC East.

“I think the biggest difference between football and other sports is being in a transition period doesn’t mean that you can’t compete and be competitive,” Kelce said Wednesday. “Like we saw with a lot of new coaches last year, a lot of the new coaching staffs who had no time to prepare throughout the whole offseason, given the situation of COVID and everything, performed really well; the Browns are a great example. I think that the bottom line is we can be competitive, win games. We can win this division, no doubt about that, if we go out there about it the right way, we improve, we continue to get better as a team, and we can also be in a transition period. I think that’s the best way to transition because we’ll be able to do it in a way that we’re still winning ball games while building this thing for the future.”

Along with those Cleveland Browns, the Eagles could use division rival Washington as an example of a club that went from cellar to penthouse in Ron Rivera’s first season with a plethora of question marks dotting the roster. Of course, Rivera was an experienced coach. Sirianni is managing a club for the first time in his coaching career.

Still, the Eagles boast enough depth in the trenches on both sides of the ball and upside elsewhere to buoy the ship if everything falls right. A lot will come down to Hurts’ play in Year 2, but there are enough veteran pieces to contend if the QB plays well.