The beef between Philadelphia Eagles safety Malcolm Jenkins and Carolina Panthers safety Eric Reid that spilled over into Sunday’s pregame routine was based on Reid feeling that Jenkins sold out the player protest movement started by Colin Kaepernick.

Part of the contention from Reid’s end comes from a perceived lack of support for Kaepernick, who remains unemployed.

Speaking to reporters Wednesday, Jenkins defended his stance on the Players Coalition before taking a jab at an unsuspecting victim.

"While our main focus is always on the communities and those systemic oppressions and how we can leverage relationships, our access and resources to help people in everyday communities there’s still a responsibility to speak out on behalf of Colin Kaepernick, who started this movement and who still doesn’t have a job," Jenkins said. "And I wholeheartedly believe he’s being blackballed. To speak out in support of behalf of Eric Reid who put his job on the line to fight for those who didn’t have a voice.

The Eagles face the Jacksonville Jaguars this week. The Jags QB is Blake Bortles, who was benched for Cody Kessler during last Sunday’s loss. While Bortles remains the starter, the confidence in Jacksonville remains tenuous.

It’s not a new idea that Kaepernick > Bortles, especially in the realm of social media. It’s new to hear an opponent take such a direct shot the week of a matchup.

While it might not placate Reid’s concerns, Jenkins used the Bortles example to illustrate how he’s helped support the players’ cause.

"But at the end of the day when I started this back in 2018, my personal journey to help my own communities it was never about the NFL or anybody having a job in the NFL," Jenkins said. "It was about people. Every day citizens where I come from who all live here in Philly and all across this county. At the end of the day my decisions will all be about people."

Jenkins, on pregame spat w/ Eric Reid, said he was taught by his parents to keep things "in the family": "Nobody wins when you see bickering back and forth. … If I know where your heart is and I know you’re about the people, then never will I publicly bash what youâre doing." 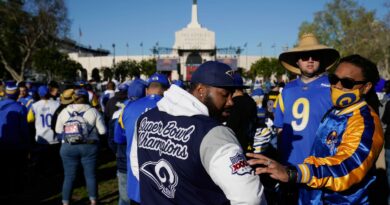 McDermott on cutting Benjamin: 'It didn't work for us'